There’s really only so much that entrepreneurs can do to get their businesses rolling on the right foot. In addition to the steadfast work of entrepreneurs, businesses need effective government policies that allow them to easily enter into the market and grow without the concern of extreme taxation. Juliana Davies writes about the benefits of friendlier business policy below. She is an author of several MBA educational resources, including an exhaustive review of business job prospects for graduates who want to bring disruptive change to the economy with unique business ideas.

Now that the 2012 electoral campaign is off and running, it is a great time to press for new, effective economic policies. Following contemporary research, economists have started to voice their opinions, particularly regarding the stimulation of American businesses. Now, some have argued for policies that will support start-ups as the principal upward driver of the U.S. economy and of job growth.

This political stance has germinated over the last few months, beginning with small businesses. Small businesses comprise 99.7% of employers in the country, so it was thought that giving employers more money to spend would lead to more people becoming employed. More full-time workers would decrease the unemployment rate and stimulate the economy, theories held.

The latest rendition of this call to action focuses on start-ups. According to CNN Money, from 1997 to 2005, job growth was driven by start-ups. This state of affairs makes sense, because start-ups create new markets, services, and goods. They drive the growth of purchases, so it makes sense that they would drive the real growth of the workforce as well. When other markets have stabilized, start-ups unearth new uses for human capital and drive growth. If the trend continues to hold true, as stands to reason, then supporting start-ups could easily create more opportunities for employment than any other type of federal stimulus.

A number of new pieces of legislation and organizations have the potential to generate more opportunities for entrepreneurs. One idea would facilitate the connection between the academic world and entrepreneurs. The University Research and Entrepreneurship Symposium (URES) and National Council of Entrepreneurial Tech Transfer (NCET2) recently partnered up in this area. The two companies aim to bring investors and academic rigor to entrepreneurs in the hopes of generating new companies and ideas.

In his CNN Money article, Jeff Bussgang also suggested increasing funding to NIH in order to generate more initiatives in medical science. He pointed out that the Access to Capital for Job Creations Act would allow more start-ups to gain the capital needed for operations. He cautioned against cutting funding to the Department of Education's Math and Science Partnership Program, which has been proposed, the reasoning being that more jobs are available in software engineering than there are software developers to fill them. By continuing to fund training in this area, the country’s schools would be able to produce more workers to fulfill workforce demand. If enacted, these ideas will surely help clear the way for entrepreneurs and new businesses. 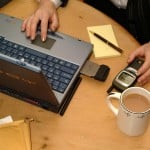 There is also a less policy-oriented approach. Peter Thiel, a legend entrepreneur and venture capitalist in the Silicon Valley, recently finished teaching a class at Stanford called Computer Science 183: Startup. Not only did he argue that many would-be entrepreneurs should drop what they were doing and start their businesses now, he taught them some fundamental lessons for how to do it. The class was full of his unique perspective on the emerging world of business in the Silicon Valley. Most notably, he argued that a start-up’s foundation was critical to success. He made his own law, which stated: “A startup messed up at its foundation cannot be fixed.”

By teaching prospective entrepreneurs how to build a start-up from the ground up, Thiel may be just as instrumental to growth as any legislation to pass Congress.