“Here is yet another chancellor applying to join the magic circle.

“While the focus on the run up to the Chancellor’s Autumn Statement was on the weak spot on wages and tax revenues, today he deftly shifted the focus to the sweet spot on spending.  In the short term, an underspend and changes to the national accounts allowed him to preserve the downward momentum in borrowing, which falls from £97.5 billion in 2013-14 to £91.3 billion this year.  In the longer term, lower inflation and long term interest rates bring borrowing below the levels anticipated at the time of the Budget. 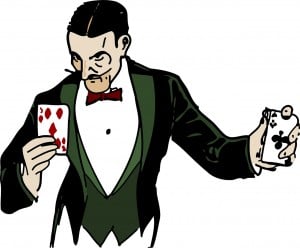 “In particular, debt interest is a handy £16 billion below Budget by 2017-18, while low inflation reduces pension and other welfare and payments.  He inevitably claimed this as vindication of his tight fiscal policy, but this is actually a windfall due to the weakness of the global economy.  Countries like France with fiscal policies that he never ceases to deride have seen a similar fall in inflation and long term interest rates.

“This summer’s revisions to the national accounts, which boosted the level of output and made the recovery look so much stronger, also had the effect of bringing down deficits and debt as a share of GDP. So shifting the audience's focus skilfully again from their disappointing decline in pounds and pence, he was able to say that borrowing had halved from 10.2% of GDP in 2009-10 in the depths of the recession under Labour to just 5% this year.”

Should healthcare professionals breach confidentiality when a patient is unfit to drive?