Following a landmark Â£18.9 million deal, it has been announced that high-speed fibre optic broadband will be rolled out to 95 per cent of homes and businesses in Northumberland. The deal will ensure that this massive rural area will finally join the rest of the country in benefitting from high-speed internet.

Homes and businesses across most of the Northern Fells in Cumbria will be able to receive broadband at 8Mbps to 12Mbps. An estimated 2,000 people will have 4G access by the summer. 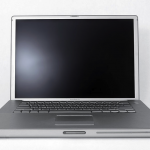 Eighty-four per cent of the population in the area will be thrilled to hear that they will be able to access the internet more efficiently on their mobile phones. As this is a 4G network, their connection will be up to five to seven times faster than the existing 3G networks.

There have been severe challenges and obstacles in the path to providing rural areas with high-speed internet. The service is expected to be extended to an additional 72 locations this month.

The government has stated that it expects to achieve 90 per cent super-fast broadband coverage by 2015. Other households will be expected to have minimum download speeds of 2Mb.

The government’s broadband subsidy policy has been controversial, however. Virgin Media has criticised the policy, stating that BT is favoured out of all the service providers. This, they argue, will slow down the rollout of local rural broadband networks.

So far, contracts have only been awarded in Lancashire and Rutland, with BT winning both. Virgin is arguing that this process makes the overall rollout far slower than it needs to be, due to the monopoly being run by BT.

Chi Onwurah, Labour’s shadow business minister, has claimed that the group that has been set up by the government to govern broadband strategy isn’t concerned about healthy competition.

BT responded by claiming that they would be happy to compete with Virgin for the development funds. However, they claim that this won’t happen because of Virgin’s unwillingness to allow wholesale access to their network.

First-time buyers can save £1,300 a year by buying rather than renting