New Which? research reveals the best and worst financial companies for customer satisfaction.

Which? asked more than 5,500 members of the public, in four independent surveys, how happy they are with their current account, savings, mortgage or credit card provider. From these responses Which? gave 19 of the UK's biggest financial companies an overall score.

· High street giants Barclays, Halifax/Bank of Scotland, NatWest/RBS and Santander all had an overall score below the average of 58%, and HSBC and Lloyds just managed to scrape the average.

· First Direct came top with an overall score of 75%, and Bank of Scotland came bottom with just 47%.

· All five building societies Which? looked at had an overall score above the average of 58%.

· Out of the four product areas, people are least satisfied with savings providers, which had an average customer score of 55%.

· People were most satisfied with current accounts, where providers had an average customer score of 62% – although there is a big difference between the best – First Direct (85%) – and worst – Bank of Scotland (50%).

· The Post Office, which will be entering the current account market next year, came fourth overall (68%) and second for credit cards with a score of 71%.

"These customer satisfaction scores should be a wake-up call for the high street giants who may soon find that, with quicker, easier switching, their customers are looking elsewhere. We hope the new current account switching service forces banks to fight for customers by offering better customer service and products.

"Ministers must also keep driving forward wider reforms to improve culture, standards and competition in retail banking so that banks work for customers, not bankers."

Which? says it will be monitoring closely to see whether changes being introduced through the Banking Reform Bill in 2014 will give the financial services industry the shake-up it desperately needs.

Which? has also developed seven tests to assess how it is working for customers (SWITCH?): 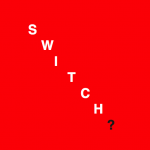 Innovation – has it led to new products and service?

Trust – do people have more confidence in the switching process?

Competition – is this shaking up the market?

? – did people get a better deal and are they happy with their provider?