US Secretary of State, Hillary Clinton has apparently survived anÂ assassinationÂ attempt on her life in Israel.

News site al-Alarm has reportedÂ a possible shooting at aÂ convoyÂ of cars carrying Hillary Clinton Â by armed persons in a whiteÂ CitroenÂ whilst she travelled to Jerusalem in a recent visit to Israel.

The unconfirmed shooting may or may not have been a direct attack on Clinton herself or a random act of cowardly terrorism upon the motorcade as opposed to the uncowardlyÂ act of using drones to blowÂ civiliansÂ to bits in Pakistan the use of which is endorsed by Hillary Clinton herself.

The mainstream press have not as yet reported this supposed attempt on the wife to the former President of the United States.

As America and Israel prepare for war with Iran and possibly Syria (which will probably drag in Russia and China on the Iranian/Syrian side), the security surrounding public figures and the public is at its highest level yet as has been demonstrated by the complete professionalism surrounding the security at the Olympic games whereÂ illegalÂ immigrantsÂ are allegedly working as privateÂ securityÂ guards for the games. 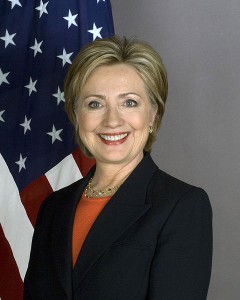 Monetary policy one year on – speech by Jon Cunliffe

250,000 Over 50s Say They Will Have to Sell Their Home to Pay Off Their Mortgage