The historic receipt was discovered when searching through long-forgotten old naval records in Plymouth. The claim appears to have been submitted by Cook on his return to Plymouth and details a number of items he picked up during his exploration of the Pacific. Items listed include cartography equipment such as an A-Z of the Pacific Ocean, as well as claims for lost boomerangs and food for a pet kangaroo.

The claim by Cook joins other notable finds which have been unearthed as part of webexpenses’ search, including a claim by Charlie Chaplin for a five-pack of stick-on moustaches, a new top hat and numerous walking sticks; Alexander Graham Bell’s first claim for ‘business telephone calls’ and several claims made by Alexander Fleming for petri dish cleaner. 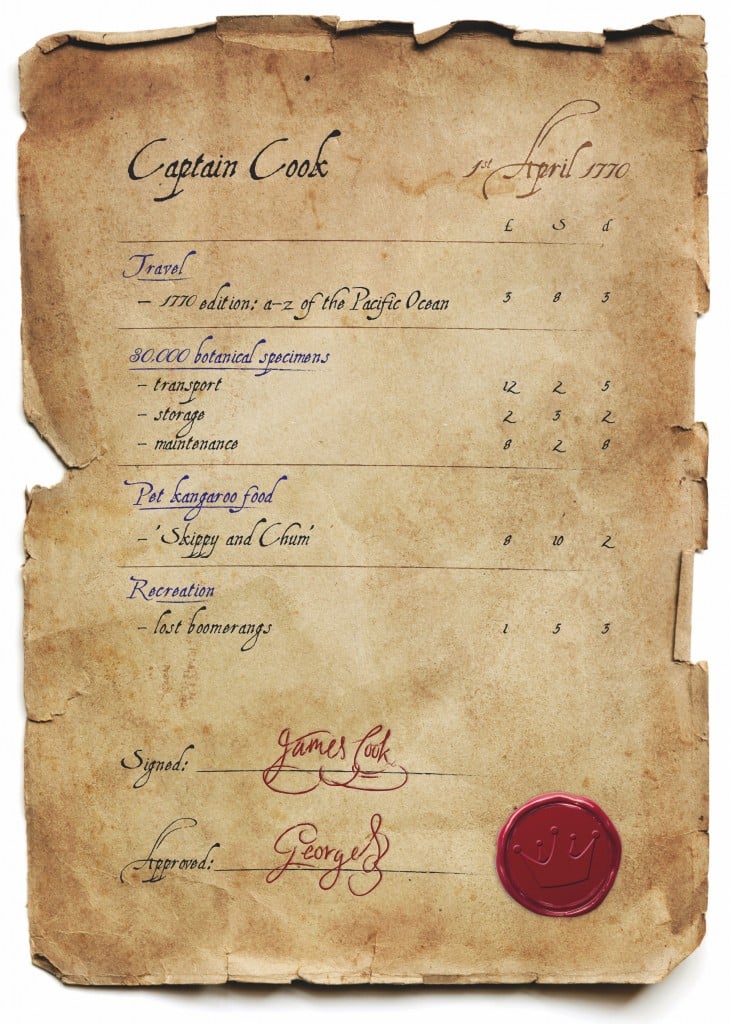 The team was led by Professor T. O. Pricey, herself a distant relative of Cook, who commented:

“This is an immensely historic discovery which, in many ways, tells us more about Cook’s voyages than any other historical documents discovered to date. Not only does it offer a fascinating insight into life on the high seas in the 1700s, it also answers a lot of interesting questions about what life aboard my Great-Great-Great-Great Great-Great-Grandfather’s ship must have been like. For me, this is the discovery of a lifetime and one of the greatest artefacts of human history.”

Commenting on the finding, CEO of webexpenses, Adam Reynolds said:

“This is a fascinating discovery, it’s not every day you come across one of the world’s oldest expense claims. What’s more, to discover something that so closely resembles how many companies still do their expenses today, nearly 250 years on, is phenomenal.”

Will audiences have the appetite for The Hunger Games? A preview