HM Revenue and Customs seized assets from a new high of 1,488 self-assessed taxpayers – the majority of whom are self-employed professionals such as accountants and solicitors– over the past year, says Syscap, the leading independent finance provider.

HMRC's power of distraint allows staff to visit business premises without warning in order to collect unpaid taxes. If the bill, usually including interest and penalties, is not paid within five days, HMRC can remove and sell business assets such as computers, vehicles and other key equipment, without a court order.

Syscap explains that HMRC's escalating use of its distraint powers is another example of its increasingly inflexible approach to business tax debts.

At the height of the recession, HMRC allowed businesses a grace period under its 'Time To Pay' scheme. In 2009, the organisation allowed UK businesses to defer £4.5 billion in tax payments. The 'Time To Pay' scheme has now been virtually wound up, with HMRC instead targeting an overall revenue increase of £7 billion per year by 2014/15.

HMRC previously used asset seizures primarily to recover unpaid payroll taxes, but has since begun to use its distraint powers for a much wider range of taxes, including the self-assessment taxes paid by small business owners.

Syscap adds that the continued low levels of bank lending to SMEs means that more small businesses than ever are seeking alternative funding to smooth their cashflow around pressure points such as tax deadlines.

Syscap says that TaxFunder, its bespoke tax funding solution for professions firms, saw a 60% increase in requests from accountants and solicitors ahead of the January 31 tax deadline last year compared with the previous year.

"Small businesses facing cashflow problems as the January 31 tax deadline looms need to take immediate steps to secure funding. HMRC is more likely than ever to take a draconian approach to tax debts.

"If HMRC seizes a company's assets, there is a good chance that it could be a fatal blow. A small business that loses valuable machinery, vehicles or IT systems is likely to find it extremely difficult to continue trading.

"Those seized assets may not even turn out to cover the cost of the tax debts, as HMRC is likely to auction them off at deeply discounted prices. The affected business could still face legal action to recover the remainder of the debt.

"While the economy is now recovering, levels of bank lending are still far below pre-recession levels. This means that even profitable businesses can face difficulty getting over cash bottlenecks.

Syscap adds that the January 31 deadline is not the only tax bill facing small businesses in the coming weeks. VAT bills for the fourth quarter of 2013 are due to be paid by February 7. 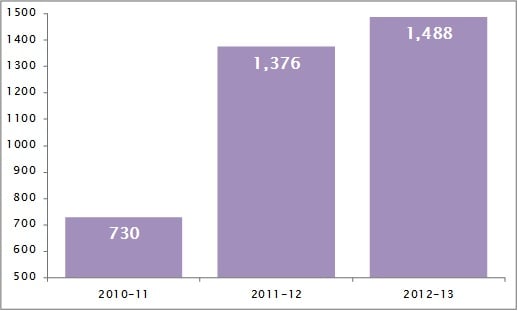