Despite scaling back scope of the programme

The Business Record Checks programme was initiated to identify businesses with poorly kept records, which might lead to the underpayment of tax. For businesses with inaccurate records there is a potential £3,000 fine on top of any unpaid tax, interest and penalties.

PfP explains that HMRC has scrapped its more ambitious plans to visit 50,000 businesses a year but the number of actual onsite inspections taking place is still increasing.

In February 2012 the Business Record Checks programme was put on hold and sent for review after it received criticism from accountancy firms and business groups, but after a seven month break the checks began again in November 2012.

The outcome of the review was to attempt a more targeted approach for the checks because it showed that most businesses in fact kept appropriate records. However, the proportion of checks that found nothing significantly wrong with businesses’ records has actually increased compared to before the review, from 64% to 73%, says PfP.

Percentage of checks where records were accurate 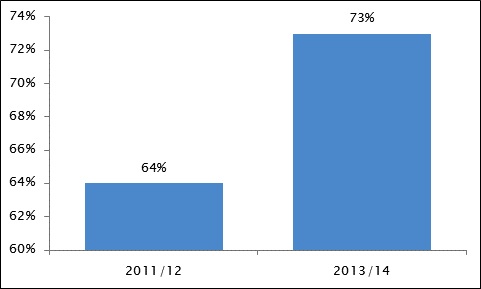 “After the review HMRC said it would try to reduce the burden on compliant businesses by using a more targeted approach. However, the majority of those being reviewed are finding that their business records are sufficient.”

Whilst HMRC says it is focusing its efforts on higher yielding activity through better targeting of what they believe may be likely transgressors. However, the relatively low hit rate of their business record checks means this area is still a potential problem for the small businesses that could face visits, says PfP.

“These business record checks are a worry for small businesses, because they don’t have the time to sit in on HMRC as they undertake the checks – it is time that managers will think is better spent elsewhere,” concludes Kevin Igoe of PfP.

Number of business record checks carried out by HMRC 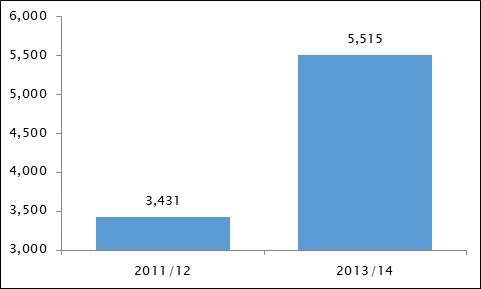 *Predicted during the review period in February 2012

Customers embrace the festive spirit with six weeks to go