• Adds £118m to ‘tax under consideration’ from intra-group transfers

HM Revenue & Customs has increased the amount of tax it estimates has been underpaid by the UK’s largest businesses through transfer pricing arrangements by £118 million to more than £1.1 billion, an increase of 12% on 2012, and 65% on 2011 says Pinsent Masons, the international law firm (see graph).

Pinsent Masons explains that transfer pricing concerns the charges made between different parts of a multinational business for goods, services or intangible assets such as intellectual property. This can impact the profits reported in different markets, and the levels of corporation tax paid. In recent years companies such as Amazon, Starbucks and Google have been accused of arranging their transfer pricing systems to minimise their tax liabilities in jurisdictions such as the UK.

Pinsent Masons says that typically HMRC eventually collects around 50% of the tax that it thinks is at risk.

The Chancellor announced a further crackdown on intra-group payments in the Budget, making any international transfers within a group that incur a tax advantage subject to tax in the UK, even if they have already been subject to taxation overseas.

Heather Self, Partner* at Pinsent Masons, comments: “HMRC clearly suspects that a significant number of businesses are using their transfer pricing arrangements to avoid tax, and is undertaking a two-pronged attack on what it sees as abuse of the system.

“Firstly it is looking more closely than ever at the intra-group transfers of an increasing number of businesses, and secondly, the Government is in the process of granting it an extraordinary set of powers to bring in extra tax from them.

“Any business that operates intra-group transfers should now be aware that HMRC is likely to examine them extremely closely, and challenge anything it suspects is not totally compliant.

“The proposed new legislation is intended to outlaw one specific type of corporate tax avoidance scheme, but is drafted so broadly as to potentially turn many legitimate commercial arrangements into collateral damage, especially where a multinational has a low UK tax base.

“While HMRC is providing a great deal of guidance to companies affected by the proposals, this will not assuage the fears of businesses that know HMRC’s record of not always standing by its own guidance when challenging transfer pricing arrangements.

“If enacted in their current form, these draft regulations will bring the transfer pricing arrangements of virtually every multinational business into question, which could lead lead some to question whether the UK is a stable place to do business.

“Dealing with large multinationals within the digital economy, such as Amazon, Google and Apple, is probably the single biggest challenge facing any future measures on profit shifting, as defining where their profit is made can be difficult. It’s crucial that this issue is handled properly to avoid damaging a key growth sector of the global economy.”

Pinsent Masons adds that the OECD’s Base Erosion and Profit Shifting (BEPS) project may well lead to further legislation on transfer pricing, with specific ramifications for the digital economy.

Heather Self comments: “Tax avoidance through transfer pricing is clearly an international issue requiring an international solution, and there are likely to be far-reaching changes in the pipeline.” 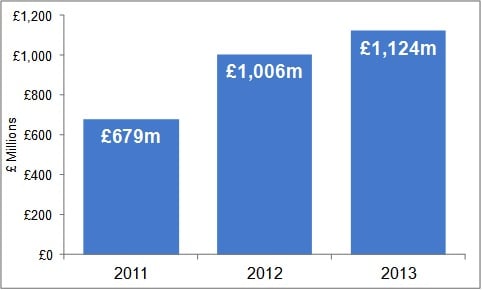 * Non-lawyer
** The Large Business Service investigates the tax affairs of the largest 770 businesses in the UK. May include both potentially underpaid tax and the risk to the Exchequer from companies litigating over tax they have overpaid

How Much Are You Spending? 10 Tips on How to Save Money & Enjoy Your Car

The balance of growth – speech by Ben Broadbent

Car Insurance UK: Sorting What You Need From What You Don't