There has been a five-fold increase in HM Revenue & Customs’ (HMRC) yield from investigations into suspected ‘IR35’ abuses over the past year, says Bloomsbury Professional.

IR35 is a piece of tax legislation that allows the Government to tax freelancers as though they were disguised employees of their clients. The controversial legislation is designed to prevent freelancers paying lower tax rates and national insurance on earnings when HMRC thinks they are really an employee.

Martin Casimir, Managing Director of Bloomsbury Professional, says: “The crackdown on IR35 fits in with the wider picture of HMRC taking a much more aggressive approach to all sorts of tax cases where it suspects it is missing out on tax revenue.”

Martin Casimir comments: “It looks like HMRC has been playing catch-up on IR35 in the past year. They’ve gone from almost ignoring IR35 breaches to getting tough around the time that the public sector personal service company scandal began to break.” 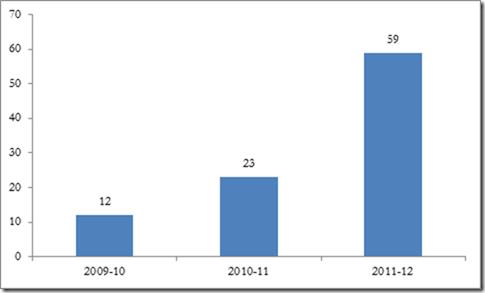 “I hope the increased HMRC interest in IR35 is driven by more than just the organisation having an eye on newspaper headlines.”

Bloomsbury Professional says that it is very easy for individuals to fall foul of the IR35 legislation.

Martin Casimir adds: “IR35 is a very problematic piece of legislation; it’s no surprise that the Government has been casting around for ways to reform it.”

Martin Casimir continues: “IR35 imposes a substantial cost on contractors as they try and comply with the legislation. It can be hard to ensure compliance without proper advice. One little compliance slip can lead to a genuine contractor coming under investigation for tax avoidance.”

“IR35 is another example of the complexity and out-of-date nature of the tax system. The Treasury wants to assume that everyone works in the same job for a long period of time, but people just don’t work like that anymore. The tax system needs to be designed around taxpayers, not the Government.”

Month-end flows dominate and the Pound looks a little pasty