HM Revenue and Customs (HMRC) needs a change in approach rather than more powers if it is to improve its efforts to tackle tax evasion, according to a legal expert reacting to the release of an updated strategy document to combat the issue.

In 'No Safe Havens 2014', HMRC has updated its original document published in March last year to outline a new strategy to clamp down on those who conceal income and assets in overseas jurisdictions in order to evade paying tax.

Among the proposals included in the document is the planned introduction of a new criminal offence – removing the need to establish dishonesty – and increased civil sanctions. HMRC already have the ability to impose a penalty of up to 200% of the tax for certain offences.

The new sanctions are likely to include non-financial ones. This could mean the removal of the need for deliberate behaviour by an errant taxpayer before their details are published on HMRC's website.

HMRC is expected to consult on the detail of the proposals later this year.

Reacting to the plans, Phil Berwick, a Partner* and tax investigations specialist at Irwin Mitchell, said:

"In our view, HMRC already have sufficient powers to tackle offshore evasion. What needs to change is the perception by tax evaders of the risk of being caught. That requires tougher action from HMRC, not changing the rules to make it easier for them to reach their prosecution target. 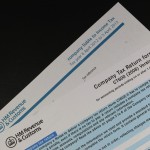 "In terms of specific measures, the indication that HMRC will pay rewards for 'significant' information from whistleblowers is a concern. Many will see this as an inducement by HMRC to encourage a criminal act – the theft of data – which will then be used by HMRC against those it suspects of committing an illegal activity. Many will also question why HMRC need to pay for more data, when there are suggestions they are not using the data already held.

Phil Berwick of Irwin Mitchell added: "When taxpayers are 'nudged' by HMRC, or otherwise decide to bring their tax affairs up-to-date, they need to carefully consider their options. Choosing the wrong route could mean they pay more to HMRC than they otherwise would, or end up being subject to a criminal investigation.

"The Liechtenstein Disclosure Facility is the only facility that provides immunity from prosecution for tax offences. The number of taxpayers using that process has declined over the last year.

"HMRC needs to change its approach. Changing the definition of criminal behaviour is not the way to do it. When taxpayers realise they stand a realistic chance of being caught by HMRC, they will change their behaviour.

"HMRC is happy to bang the drum that they are 'closing in' on taxpayers with undeclared offshore income, and already have the powers and sanctions to pursue tax evaders.

"A key issue is whether HMRC have sufficient resources to do so, or whether they are happy to continue to 'nudge' taxpayers into responding, and then, at some stage in the future, attacking the hardcore evaders who will continue to transfer their funds to non-compliant jurisdictions."