HMRC’s yield from tax investigations into the construction sector jumped by 7% to a record £131 million last year*, up from £122 million the year before, says NoPalaver Group, a leading provider of accounting services to contractors.

NoPalaver says that HMRC’s crackdown on construction companies paying their workers as self-employed and not PAYE is part of its wider effort to boost its tax revenue through compliance work. It sees the construction sector as an easy target to generate more revenue.

NoPalaver explains that working arrangements in the construction sector are complex. Self-employed subcontractors move between jobs regularly. Erratic working patterns like this create lots of opportunity for mistakes with paperwork and tax status.

“If the company doesn’t have the paperwork to prove that their employees should be treated as self-employed, the company could face an investigation by HMRC.”

NoPalaver explains that not having the correct paperwork can often lead to a penalty worth the equivalent of six years’ worth of PAYE taxes and national insurance payments, plus interest and up to 100% of the tax in penalties.

“HMRC has been suspicious of self-employed construction workers for some time. It is clamping down on companies hiring individuals it feels don’t meet its strict criteria and I would expect them to continue to do so as it seeks to generate more revenue,” adds Graham Jenner.

NoPalaver says that as well as targeting construction businesses directly, HMRC is now also turning its focus to the employment intermediaries who help to process the pay of contractors.

Under the new rules, the previous advantages to the construction business of using an employment intermediary no longer exist. This is because intermediaries no longer shield the construction business from challenges to workers’ employment status and the risk of liability for tax and penalties. Instead, the intermediary must deduct tax as if the worker is employed regardless of whether they would otherwise be genuinely self-employed.

In a recently published update** (September 4 2014), HMRC has confirmed that from April 6 2015, employment intermediaries will have to start providing quarterly reports explaining why workers on their pay roll are not using PAYE.

“These changes to the rulebook make it even more important for construction companies, employment agencies and contractors to ensure their tax arrangements are in order and fully compliant with new legislation.

“Failing to comply with HMRC could result in a big tax bill and a loss of flexibility in employment, which is vital for construction workers.” 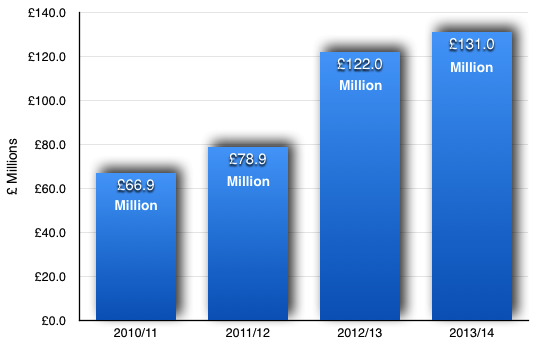