A HMRC facility which encourages people who have committed tax fraud to admit their offences in exchange for avoiding a criminal investigation has attracted 129 requests from individuals since it launched at the beginning of 2012.

Although the figures, which were obtained from HMRC by law firm Irwin Mitchell using the Freedom of Information Act, are equivalent to more than one request a week, a tax investigations expert at the national law firm says that there is a lack of transparency about the scheme in relation to whether taxpayers are receiving the protection that they are looking for.

HMRC has been unable to disclose how many taxpayers were accepted into the process, and how many were subject to criminal investigation, despite making a voluntary approach to the taxman. HMRC is also unable to disclose the number of cases it has registered under the Contractual Disclosure Facility (CDF), because it appears that this information is not recorded centrally. Established on 31 January 2012, the CDF enables a taxpayer to admit to fraud in exchange for immunity from prosecution, providing certain conditions are met. The process can either be initiated by HMRC, or a taxpayer can voluntarily ask to be admitted into the facility.

Up until now, HMRC has not published details of how many individuals have made requests. Following Irwin Mitchell's request, it has been revealed that 65 people approached HMRC to enter the CDF from 31 January 2012 to 31 January 2013, and 64 between 1st February 2013 and 31st December 2013.

"It must be a concern for HMRC that only, on average, six taxpayers a month are coming forward voluntarily to admit fraud. It may be that taxpayers are using other methods to disclose their irregularities, but the numbers registering for the Liechtenstein Disclosure Facility (LDF) – the obvious alternative – are on the decline.

"I can understand that HMRC does not want to guarantee a taxpayer that they will be allowed to use the process, and that HMRC may decide to pursue a criminal investigation, but it does not make sense to withhold the historic data.

"It is a surprise, and a concern, that HMRC can't provide the number of fraud cases they are investigating using the Contractual Disclosure Facility. They are constantly banging the drum that they will come down hard on tax evaders. The Contractual Disclosure Facility is only one weapon in HMRC's armoury, but it can't be hard to record this information, and you would think that HMRC would want to know the number of fraud cases it is investigating. 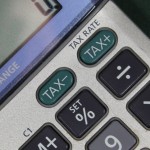 "There will be concern among those who pay their taxes that HMRC is not able to establish how many cases they are pursuing using their civil fraud process.

Phil Berwick added: "Despite HMRC's various campaigns, the figures that have been released suggest that taxpayers who have committed fraud are not coming forward voluntarily, and are waiting for the taxman to find them. HMRC's inability to provide the number of civil fraud cases it is investigating will only reinforce that belief."

Launched by HMRC in 2009, the LDF allows taxpayers with unpaid tax to settle their liability with HMRC whilst avoiding a criminal investigation. In most circumstance, this is on very favourable terms when compared to using the normal rules. In some cases the HMRC foregoes some of the tax that is due and the penalty applied is usually lower than the amount charged outside the facility. The LDF closes to new registrations on 5 April 2016.