• Call for independent appeal for those affected

Under the new ‘Accelerated Payment’ rules due to come into force in July, HMRC will be able to make taxpayers pay disputed tax in advance, rather than waiting for the outcome of a tax tribunal ruling.

Taxpayers could be sent the notices in July and payment could be due as early as this October.

The requirement to pay upfront will apply retrospectively to any dispute which is ongoing on the day the rules come into force if the tax planning scheme in question has been notified to HMRC under the Disclosure of Tax Avoidance Scheme (DOTAS).

The Treasury has estimated that 33,000 individuals and 10,000 businesses will potentially be given accelerated payment notices by HMRC.

Moore Stephens explains that the tax planning schemes that are affected are typically used by high earning individuals and entrepreneurs or by businesses aiming to reduce taxes such as income tax or NIC.

Taxpayers will be able to make representations to HMRC about being forced to make an accelerated payment, but there will be no independent appeal against HMRC’s final decision.

Those affected must pay the disputed tax within 90 days, and penalties will apply for late payment.

David Elliott, Restructuring Partner at Moore Stephens, says: “Receiving a demand to make upfront payment of tax could put some taxpayers under financial strain, and in the very worst cases, could even trigger personal bankruptcies or business insolvencies before the technical merits of the arrangement have been tested. 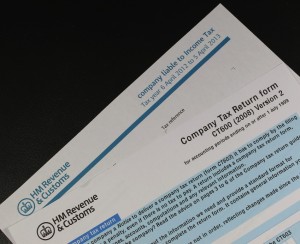 “Even a remote prospect of being made bankrupt could mean that taxpayers feel under pressure to settle disputed cases rather than take an appeal to the courts.

“The potential impact of these new HMRC powers is so huge that an independent appeal process should be introduced.

“HMRC has said that it will use its discretion under its time to pay arrangements if a taxpayer can’t afford to pay the money upfront, but that is not good enough when the taxpayer’s entire way of life may be at stake.”

Moore Stephens warns that businesses that could be hit with an accelerated payment notice may already face a ‘contingent liability’ that means any dividends that are taken out of the business by its shareholders ahead of the request for money could later be deemed illegal and therefore repayable. This would mean that the liability for payment of the money would pass from the company to any shareholder that had benefited from such a dividend.

David Elliott explains: “Directors, who are also shareholders, taking dividends from a company that has used a tax planning scheme may face claims against their own assets if the company is unable to pay an advance notice bill.”