Provisional divisional sales (excluding fuel) were level with the same week last year. The unseasonably warm and sunny weather saw traditional summer favourites such as Pimm's No.1 Cup faring well, up 34 per cent on last year. Champagne was also on the rise, up 16 per cent year on year.

In anticipation of the Rugby World Cup, Australian wine sales increased by 39 per cent compared to this time last year and beer sales were up by 7 per cent year on year, as supporters geared up to either celebrate or commiserate. Similarly, sports fans helped to drive another strong week for frozen pizza, up 21 per cent, and frozen dessert up 19 per cent on the year.

Home and garden were popular themes with customers last week. Laundry sales rose by 15 per cent and dishwashing sales increased by 21 per cent driven by a half price promotion, whilst sales of outdoor plants climbed to 21 per cent up on last year. 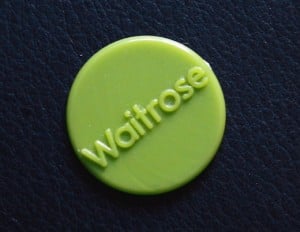 The start of October has already seen early preparation for Halloween with sales up two per cent on last year and with the Great British Bake Off final approaching, the popularity of home baking is likely to continue to rise. Salted caramel has been a popular flavour throughout this series which seems to have inspired shoppers, with sales of the Waitrose Cooks Homebaking Salted Caramel flavouring increasing by 33 percent compared to last year.

Meanwhile, the launch of our Autumn advert on Thursday put seasonal food at the front of people's minds with sales of fresh pies up by a huge 48 per cent and hundreds of customers sharing pictures of their favourite #AutumnWarmers on our social media channels.