Homebuilders Starting to Feel the Crunch We've Been Predicting for Months

In spite of this divergence, fewer homebuyers are able to actually take advantage of the near-record-low interest rate environment and get into the market. That's because first-time homebuyers—the fuel of the U.S. housing market—are being shut out by investors.

First-time homebuyers account for just 27% of all U.S. housing purchases in December—a huge spread over the 30-year average of 40%. But in spite of U.S. housing prices still being depressed compared to 2007, December existing-home sales rose just one percent month-over-month, which was less than expected. 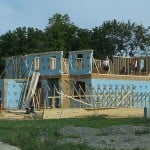 Granted, some will say that first-time homebuyers tend to purchase lower-priced homes and are not necessarily a true reflection of the U.S. housing market. New homes are, as that theory goes, more geared toward those looking to climb up the property ladder. Well, for those who recall, December new-home sales fell more than expected—seven percent to a seasonally adjusted annual rate of 414,000. At the time, we were told not to worry, that lean inventories and price gains proved there was enough strength in the housing market to support the economy.

This might be a stretch. Homebuilders are beginning to feel the pinch in the so-called U.S. housing market "recovery."

The National Association of Home Builders (NAHB) said that its monthly housing market sentiment index cratered from 56 in January to 46 in February, the largest monthly drop in history. (Fifty is the line between positive and negative sentiment.) The NAHB housing sentiment index has not been below 50 since May. (Source: "Poor Weather Puts a Damper on Builder Confidence in February," National Association of Home Builders web site, February 18, 2014.)

The plunge in homebuilder sentiment comes a few days after it was announced that applications for U.S. home mortgages fell two percent during the first week of February, as both purchases and refinancing fell. (Source: "Mortgage applications fall in latest week: MBA," Reuters, February 12, 2014.)

While many are blaming the atrocious homebuilding sentiment number and decline in mortgage applications on the weather, I think the negative housing market sentiment is a reflection of the weak U.S. economy and jobs market. If the main culprit is the weather, a warm, sunny spring basically means all will be right and well with the U.S. economy: housing sales will increase, jobs will become plentiful, wages will rebound, and car sales will rise.

I think homebuilders and homebuyers can look beyond short-term weather issues. Even if I was stuck in a blizzard, my housing market sentiment would remain bullish if I knew the economy was strong and consumers would flood the markets when the snow stopped.

But the fact remains, the economy is weak. This means the housing market is on the backburner for many potential homebuyers and homebuilders are either left sitting with empty homes for sale or idling equipment. Homebuilders are feeling what we've been predicting for months here at Daily Gains Letter.

This article Homebuilders Starting to Feel the Crunch We've Been Predicting for Months by John Paul Whitefoot, BA was originally published at Daily Gains Letter.