Right on the heels of a new law that makes squatting illegal comes a report that homeless people die on average thirty years younger than the national average.

But people who own empty residential houses can sleep easier now in the knowledge that, instead of making use of otherwise unused property, homeless people will instead die on some back street.

According to the report by Dr Bethan Thomas, Research Fellow, Social and Spatial Inequalities Group (SASI), Department of Geography, University of Sheffield the average age of death for the homeless is 47, as opposed to the national average of 77. The study covers the period 2001-2009.

Homeless women fare even worse with an average age of death of just 43.

The charity Crisis has started a campaign to get better health care for the homeless [1].

Many of the more heartless will point to the main causes of death (drink and drugs) and say that these vulnerable people brought it on themselves, or that the social services should do something.

But while people hoard property preferring it to remain empty for future profit or as a second home then they are part of the problem when there is not enough housing space to go around anyway.

Society does not put enough money into looking after these people, so they resort to squatting. Society’s response (the response of the well-heeled policy makers and influencers that is) is to make sure that the homeless remain firmly on the streets. And in doing so society, that is us, sentences them to a lonely early death.

Pointing to the awful death statistics the report’s executive summary says “As these findings clearly indicate, being homeless is incredibly difficult both physically and mentally and has significant impacts on people’s health and well being. Homelessness leads to very premature mortality and increased mortality rates. Ultimately, homelessness kills.”

It then goes on to point the finger at government cuts. “Despite the best efforts of homeless organisations and government initiatives over the last decade, homelessness is very much still with us; due to the combination of the continuing economic downturn and the coalition Government’s cuts to welfare, particularly housing benefit, homelessness is on the rise again.”

Finding an empty abandoned property used to be a sort of self-help measure for the homeless. Forget the portrayal of squatters leaping on peoples’ homes as they left for the airport on holiday, they almost always used derelict properties, bringing them back into use.

Instead of allowing people to enjoy tax breaks for empty or little used property, we should be taxing it more heavily encouraging people to put it quickly back into productive use; especially where residential housing is concerned. Then maybe there’d be more homes to go around and, with some imaginative tax breaks, somewhere for these people to go. 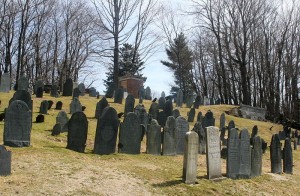 University for all who want it is dead