Homeowners consider remortgaging for a monthly saving of Â£171

While recent data suggests that homeowners have been choosing to remain on their existing mortgage deals while interest rates are low, the latest research from Lloyds TSB[i] indicates that more homeowners are considering remortgaging this year and would be willing to do so for a monthly average saving of Â£171. Indeed over a quarter (27%) of homeowners would consider remortgaging for any saving at all.

Research from Lloyds TSB found one in five (19%) homeowners feel that 2013 could be a good time to consider remortgaging and more than a quarter (28%) expect there will be some good remortgage deals on the market over the next few months.

Three in ten homeowners (29%) agree that they could find a better interest rate if they remortgaged their property, while a fifth (22%) feel that remortgaging their property could save them a significant amount of money each month.

However, the research showed that there are still a significant number of homeowners that prefer to remain on their current mortgage deal (68%). Of those who aren’t considering remortgaging, almost a third (30%) feel that they are on a low enough interest rate already or that the costs associated would be so high that they may not save money overall (26%). One in six (17%) of those who are not currently considering remortgaging are holding off the decision to see whether mortgage rates will fall further.

Perhaps most interestingly, the research shows that over half of people (54%) are unaware that standard variable interest rates for mortgages have actually been higher than fixed interest rates for more than a year. In fact, fixed rate mortgages have fallen by 125 basis points since March 2009, and the average SVR at 4.83% is currently 0.68% more expensive than the average fixed rate of 3.7%[ii], meaning many borrowers would now benefit from remortgaging.

“Standard variable rate mortgages have been at historically low levels for quite some time, so it is no surprise that many homeowners haven’t considered moving from them. But with fixed rate mortgages falling, and some good deals expected on the market this year, now is the time for borrowers to consider the benefits of remortgaging.” 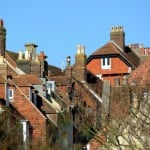 With the latest remortgage range from Lloyds TSB, eligible current account customers can receive Â£500 cashback if they remortgage to them. For those wanting lower monthly payments, Lloyds offers a two-year fixed rate remortgage product at 1.89%[iii] (with a Â£1995 fee that can be added to the mortgage) – this is 2.94% lower than the average SVR. Lloyds also offers a range of tracker rates, including a 2 year product from 1.99% for eligible current account customers.

Furthermore, the Lloyds TSB Remortgage Switching Service can take the hassle and expense out of switching. With a dedicated team of mortgage and protection advisers to guide customers through the process and make the right choice of product to suit their needs, Lloyds TSB will then arrange the customer’s basic legal and valuation work.

USD surges as FOMC Minutes make no mention of QE3