The rate of growth in house prices was 0.3 percent in January according to the Nationwide building society with the price of an average house standing at £188,466.

Although this is marginally higher than the 0.2 percent growth seen in December the annual increase to Jan 2015 was 6.8 percent, which is down on the 7.2 percent seen in the year to December.

The Land Registry (which normally runs about one month behind the lenders) reports that house prices grew 0.6 percent in December representing an annual increase of 7 percent. According to the Land registry the price of an average house is £177,766.

Breaking down the Land registry figures the type of house that saw the most growth in prices was the flat/maisonette (7.6 percent) with semis showing the least (5.9 percent). Regionally London saw the greatest growth (1.8 percent in December and 16.3 percent in 2014) with an average house price of £464,936 and the North West fared the worst with a decline in prices in December (-1.6 percent) and annual growth in 2014 of only 1.5 percent) with an average house price of £110,548.

Looking at the graphs below (the lower one is expanded so you can see the trend a little more clearly) you can see that prices have indeed started to level off. But remember that there are seasonal factors involved such as Christmas when activity in the housing market does slow. 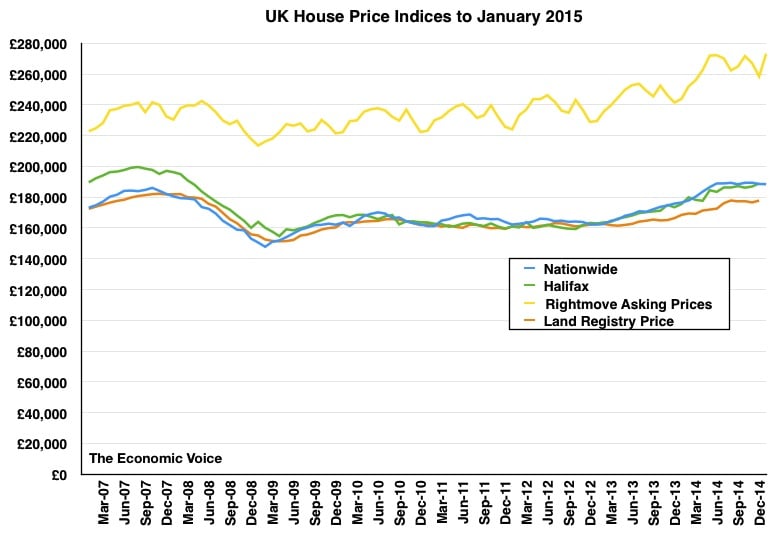 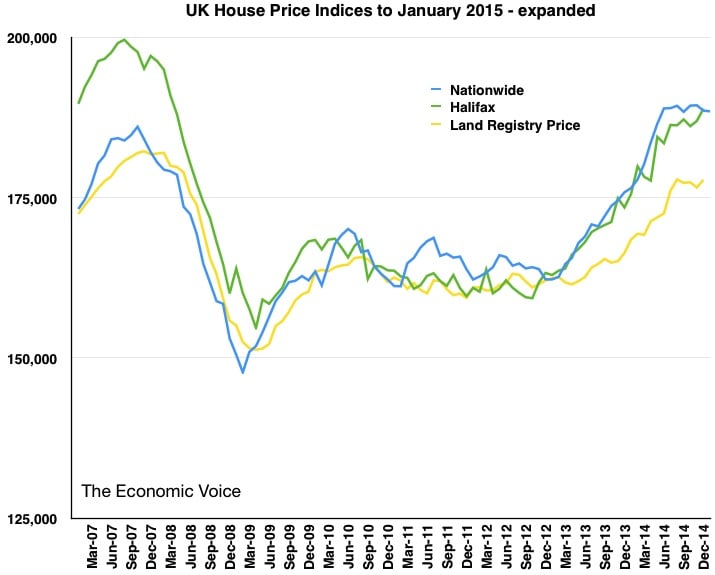 "Annual house price growth continued to soften at the start of 2015, slowing from 7.2% in December to 6.8% in January. This is the fifth month in a row in which annual growth has moderated, despite house prices increasing by 0.3% month on month in January. After taking account of seasonal factors, UK house prices are currently 2.4% above their pre- crisis peak.

"The further moderation in the pace of price growth is unsurprising, given the slowdown in housing market activity in recent months. The number of mortgages approved for house purchase has been around 20% below the level prevailing at the start of 2014 and surveyors continue to report subdued levels of new buyer enquiries."