The HEAT index improved by 3.5 points in February to 98. The improvement in economic optimism has been building since the start of 2011, and although confidence is at its highest level for 32 months it is still marginally ‘in the red’ at a level below 100.

YouGov’s data suggest the driving force in this improvement is a growing belief among home owners that the property market has stopped falling and has actually strengthened – especially in London. One in three (29%) people in the capital believe house prices rose in February compared with just 7% who think they fell. In the UK as a whole, just 14% of respondents in February thought their home decreased in value during the previous month, down from 18% in January and 27% in August 2012.

For the first time since mid-2010, the average homeowner expects prices to rise over the coming year. Almost a third (31%) of respondents expect house prices to be higher a year from now, more than double the percentage (14%) who think they will be lower. Survey respondents are looking for a 0.6% rise in home prices on average over the coming year, compared with the 0.1% decrease they expected last month.

This property bounce appears to be having a positive effect on the homeowners’ household finances, with fewer households reported a deteriorating financial situation compared to last month. Those who believe the value of their house increased during February were twice as likely to think their overall financial situation had improved compared to those who thought their property’s value had stagnated or declined (9.2% to 4.6%). 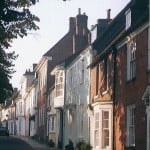 James McCoy, Research Director for YouGov SixthSense, says: “The housing market might finally have turned a corner, and in doing so, has given greater economic confidence to homeowners. It has been a long and painful road to this point and it is important to remember that confidence is still marginally ‘in the red’. Things are still incredibly fragile and it will be interesting to see what impact this month’s budget has on consumer confidence in general and homeowners specifically.”

Dominic White, Chief European Economist at ASR, said: “The housing market always provides an insight into UK consumers’ general sense of wellbeing. The gradual recuperation in house prices expected over the coming year could be a sign that pressure is starting to ease on household finances and consumers have a little more cash in their pockets.”