The latest house price survey of its members by the Royal Institution of Chartered Surveyors shows that future expectations for prices are more optimistic it says.

After January’s survey that saw 14% more surveyors believing that future prices would drop rather than rise, February’s data shows a neutral 0% balance for three months hence, indicating that surveyors are much more positive about the future for house prices (if house prices rising is viewed as a positive thing). And when looking a year ahead, 11% more surveyors thought prices would rise than those that thought they would fall.

This, coupled with a 3.8% increase over the last three months in transaction levels to 16 per surveyor by branch, points to a continuation of the improvement in activity seen recently says RICS.

But as the transaction levels nosed slightly up, actual reported prices are still in decline reports RICS with 13% more surveyors reporting price falls than those that saw rises within the last month.

February also saw a flat interest from new potential buyers with 3% more surveyors seeing increased demand rather than a reduced demand. And new instructions were also seen to increase.

With the recent upturn in activity brought on by the end of the stamp duty holiday, it seems that a renewed sense of optimism may be slowly returning to the property market. Chartered surveyors' price predictions were more optimistic in almost every area of the country in February.

However, with affordable mortgage finance still out of reach for many potential first-time buyers, it remains to be seen whether the more optimistic outlook for future sales can be sustained beyond the expiry of the stamp duty holiday.

But RICS members aside, when looking at where prices actually are today compared to the recent past all you can see is a flat-line trend (see graph below-click on it to expand). All the main indexes seem to show a continued sideways movement. 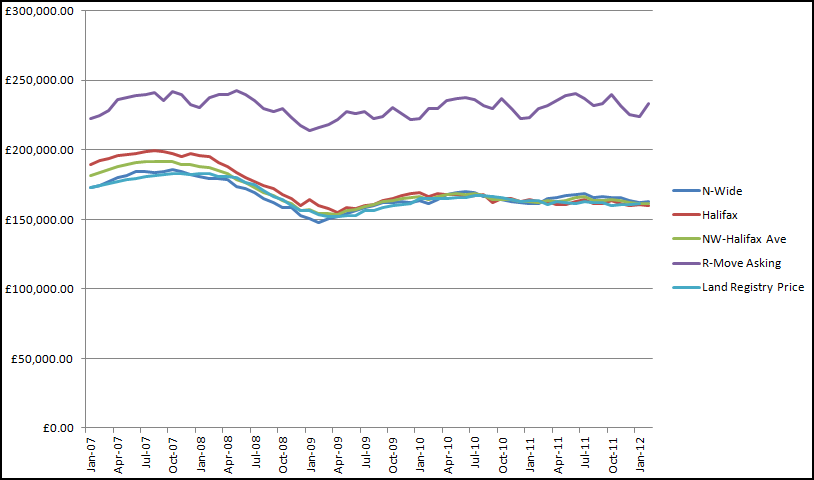 Here is the expanded view 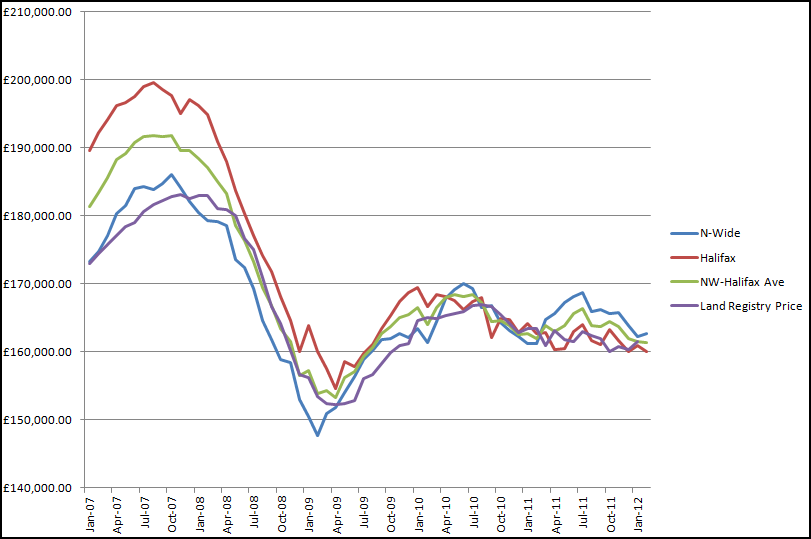 But then let’s take a look at how many ounces of gold it takes to buy a house. This has been steadily falling but is now just beginning to show signs of levelling off. Gold, like all other measures, is flawed but does show how house values measure up against what is internationally recognised as the accepted hedge against inflation. 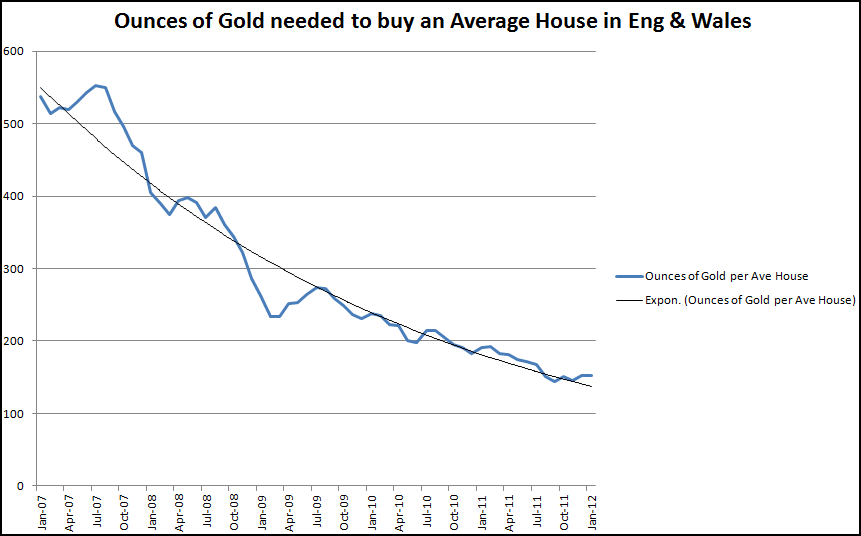 SONIA reform to be implemented on 23 April 2018