House Prices have rocketed another 11.8 percent over the last year according to the latest house price index from the Nationwide building society.

The annual change is a slight increase from last month when the rise had been 11.1 percent from May 2013 to may 2014.

Over the last month alone there has been an increase of one percent.

As you can see from the graph below house prices have been rising steadily since the beginning of 2013, which seems to have accelerated and look to be headed back to the levels pre credit crunch. The only difference today being that there are fewer transactions taking place.

There are some factors that may help to act as a drag on rising prices:

• Firstly there are expectations of imminent interest rates increases that may deter borrowers stretching themselves too far.

• Secondly the government’s Help to Buy scheme (H2B) has is now limited to mortgages below the 4.5 loan to income (LTI) level.

• Thirdly by the end of the year only 15 percent of a lender’s mortgages will be allowed to be above the 4.5 LTI level.

• Borrowers will have to prove that they can withstand a three percent rise in interest rates.

But the Nationwide says that these will have little effect in the short term and that the Financial Policy Committee ‘….does not have tools to address the fundamental problem in the housing market – the lack of supply.’  The real tools needed of course being a government with the real will to deal with the situation and a lot of diggers, trowels, bricks and mortar. 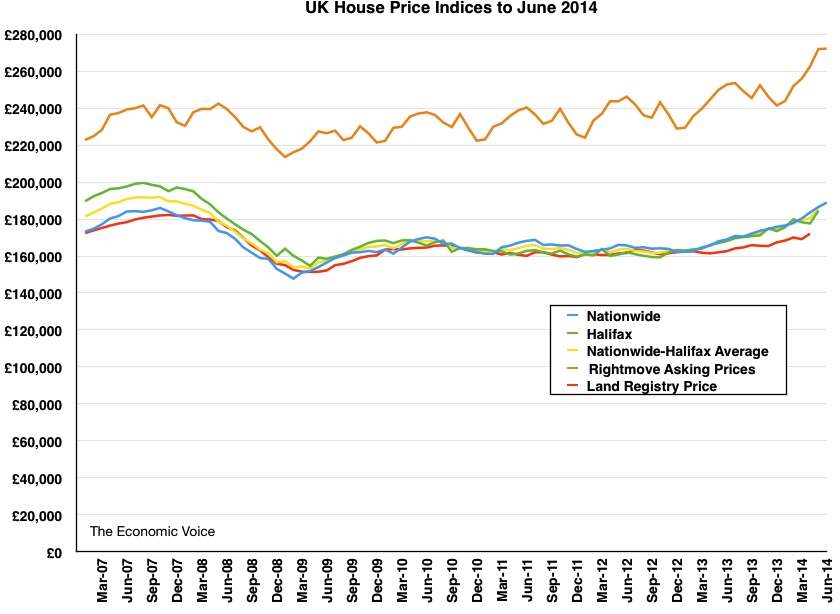