The major house price indexes are still indicating that average house prices are overall trending down, despite the strong London property market.

The individual indexes are volatile, with results varying on a month to month basis with one showing a rise when others show a drop. This though can be put down to the low volumes of transactions taking place, which also seem to be in decline.

But the figures for August on the Nationwide, Halifax, Rightmove and Land Registry indexes show that when taken annually average house prices have dropped.

Although both Halifax and Nationwide reported rises in June and July, these were, for the most part, erased by the drop in August. But while the lenders were reporting average house price rises the Land Registry reported price falls in May and June but a rise in July (August figures not yet released).

Looking at the market on an annual trend basis also smoothes out factors that affect the economy such as the Japanese tsunami and the extra time off workers had during the Royal Wedding period.

The following graph shows the Indexes and how close Halifax, Nationwide and the Land Registry data really is. 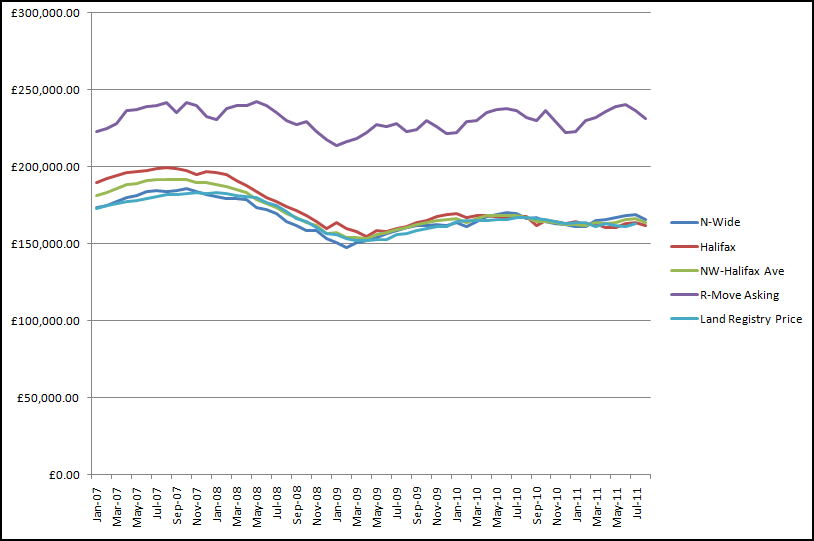 From this you can see the overall trend hasn’t been that marked when compared to sterling currency.

The Rightmove asking prices are always substantially above (by about 40%) the other indexes, which show purchase prices. The next graph shows how the asking prices have related to the actual prices achieved by the average of Halifax and Nationwide. You can see how optimistic buyers and/or their agents are when they put their properties on the market! 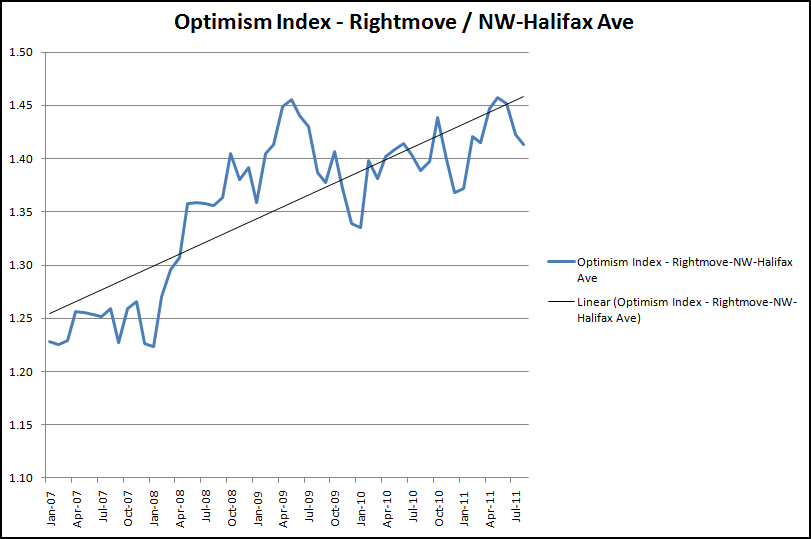 This last graph is just a close up view of the relevant indexes. As you can see, relying on any one index over a month for house price movement information is a waste of time. It’s the overall trend that always matters. 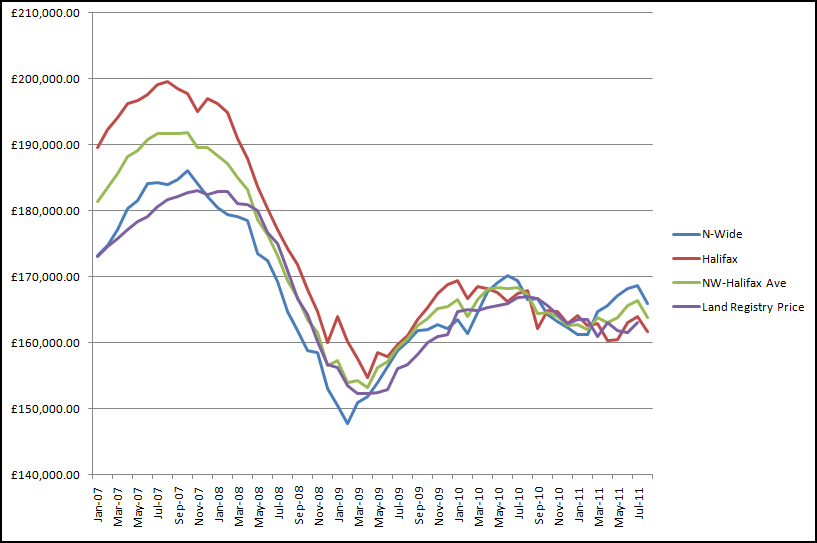 28% of mortgaged US homeowners are 'underwater'

The estate agents' "sting in the tail"