The Halifax House Price Index shows that average house prices have fallen 1.3% over the course of 2011.

This is in direct conflict with the Nationwide HPI, which saw a 1% increase over the year showing how mixed the market has been.

But both lenders did see a fall in average house prices over the month of December with Halifax experiencing a 0.9% decline compared to Nationwide’s 0.2%.

The lender said that the housing market had fared well despite the difficult economic climate. Looking to the future in 2012, Halifax unsurprisingly says that the state of the market will rely on how the crisis in the Eurozone pans out.

Their housing economist, Martin Ellis, said "Whilst there was a modest fall overall in prices during 2011 with an annual decline of 1.3% in December, house prices held up well last year in the face of the difficult and deteriorating economic climate and substantial pressure on households' finances. If the UK can avoid recession, we expect broad stability in house prices in 2012. There is, however, considerable uncertainty regarding the prospects for the UK economy which will, to a large extent, depend on how events in the Eurozone unfold. In addition, the extent to which households choose to reduce their debts will also affect growth. As a result, the outlook for house prices is also uncertain." 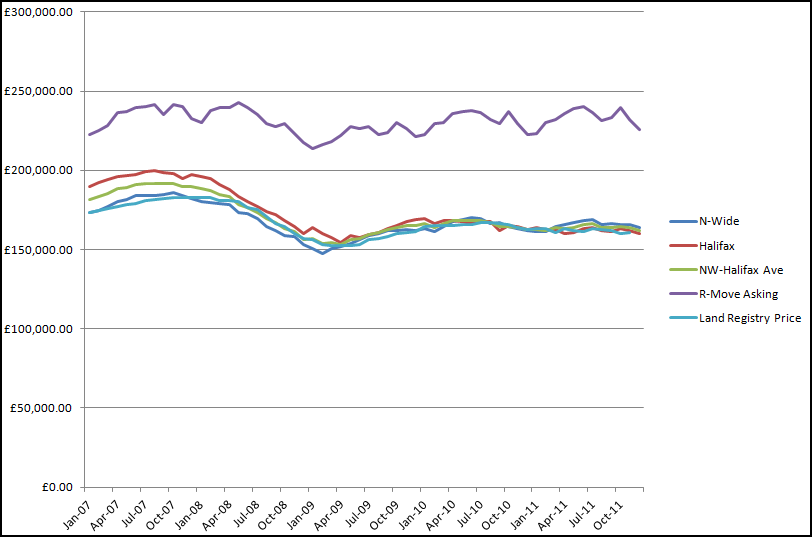 From the graph of the main HPIs above (click on graphs to expand them) you can see that the market is staying flat with a possible overall slow decline in average prices, which seems to have settled in more markedly in recent months.

The graph below shows an expanded view of the main HPIs so you can see their individual movements more clearly. 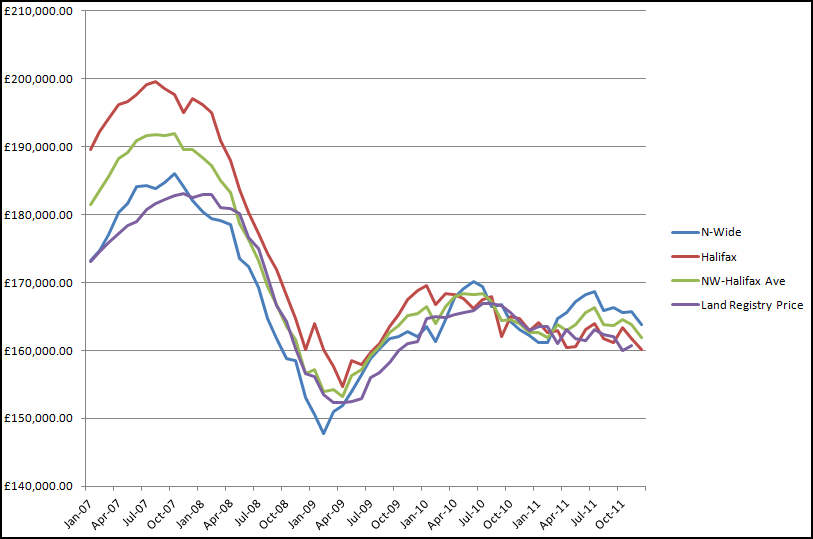 This next graph shows a ratio of by how much Rightmove asking prices are when compared to an average of the Nationwide and Halifax average house prices.

Here you can see that, although the general trend has been rising (hence the term ‘optimism index’-that is people are tending to ask for ever more unrealistic prices when selling their homes), the very recent trend has been for sellers to scale back their expectations. 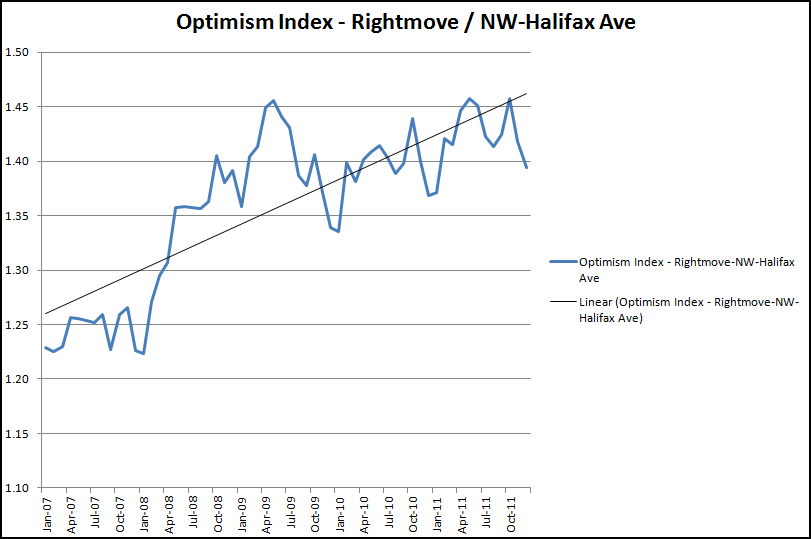 Even then you can see that in general asking prices on Rightmove are about 40% more than that experienced by the lenders that do the actual deals. But do bear in mind Rightmove figures also include asking prices for houses that may in the end sell for cash.

Former Exxon President On Mission To Clean Up Oil Sands