The latest House Price Index (HPI) from the Halifax shows a small drop in house prices during October of 0.4 percent.

On an annual basis however prices have risen by 8.8 percent and, on a quarterly basis they have increased by 0.8 percent.

Commenting on the figures, Martin Ellis, housing economist for the Halifax , said:

"Activity continues to decline with mortgage approvals in September falling for the third successive month to a 14 month low, whilst home sales are at their lowest level since October 2013. The associated weakening in demand has brought supply and demand into better balance.

The economy is, however, continuing to grow at a healthy pace and employment is still rising. These factors should support housing demand over the coming months. However, while the chances of an imminent interest rate hike may have receded, a recent Halifax survey found that many borrowers are concerned about the impact a rise could have on their monthly mortgage repayments over the next 12 months. This concern is likely to curb buying intentions."

The graph of the main indexes below shows that the trend appears to be for house price growth to be levelling off at present, but the asking prices do still seem to be trending upwards. 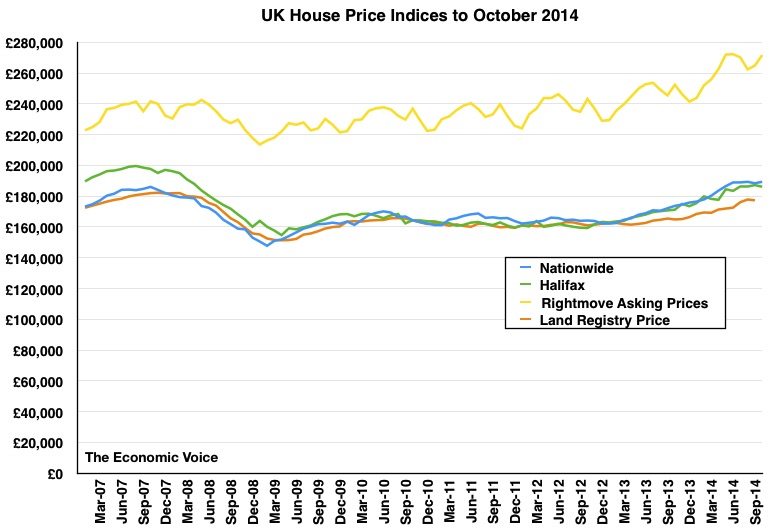 Levy says neither Greece nor China changes the global picture