The house price index from the Nationwide for September shows that the average price for a house fell 0.2 percent in September, the first fall for sixteen months.

Nationwide reports that London house price growth also slowed from 25.8% in the sec ond quarter of 2014 to 21% in the third quarter. Prices in the capital have now reached a record high some 31% higher than their previous 2007 peak with the average price being £401,072. 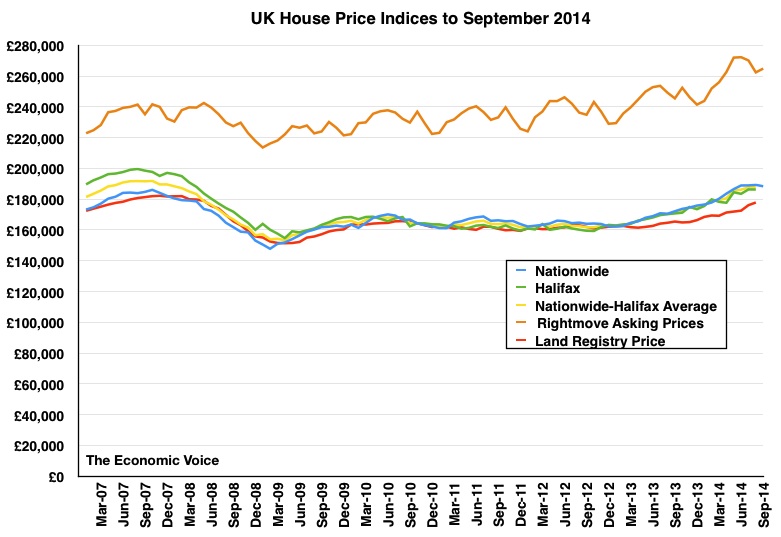 "UK house prices declined by 0.2% in September, following sixteen consecutive monthly price rises. As a result, the annual pace of house price growth moderated to 9.4% from 11% in August.  "While September saw a slowing in house price growth, the picture on a quarterly basis (July, August and September combined) was still relatively strong, with all thirteen UK regions recording annual price gains. There remains significant regional variation however, with the South of England still seeing the strongest rates of growth."

He went on to say that "There have been tentative signs from surveyors and estate agents that buyer demand may be starting to moderate, but the low level of interest rates and strong labour market suggest that underlying demand is likely to remain robust."