The latest house price index from the Land Registry, which covers England and Wales, shows that the price of an average house fell by 0.6% between February and March and 0.6% over the preceding year.

The average price for a property in England and Wales is now Â£160,372.

Once again and unsurprisingly London had the highest increase in average property value over the year with a gain of 0.7%. But with a boost of 5.6% the North East saw the greatest month on month gain, but that is on the back of an annual drop of 2.8%.

Wales saw both the largest year on year fall of 5.5% and the largest month on month fall of 4.1%

But when standing back and looking at the big picture the prices overall are still flat-lining (see graphs below). This is despite any volatility imposed by low transaction levels. And there is little in the pipeline that would indicate a large shift from this position over the coming months. 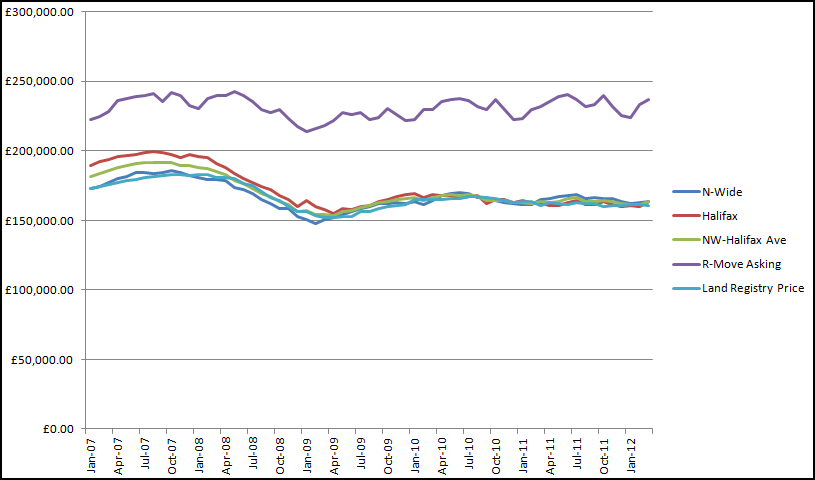 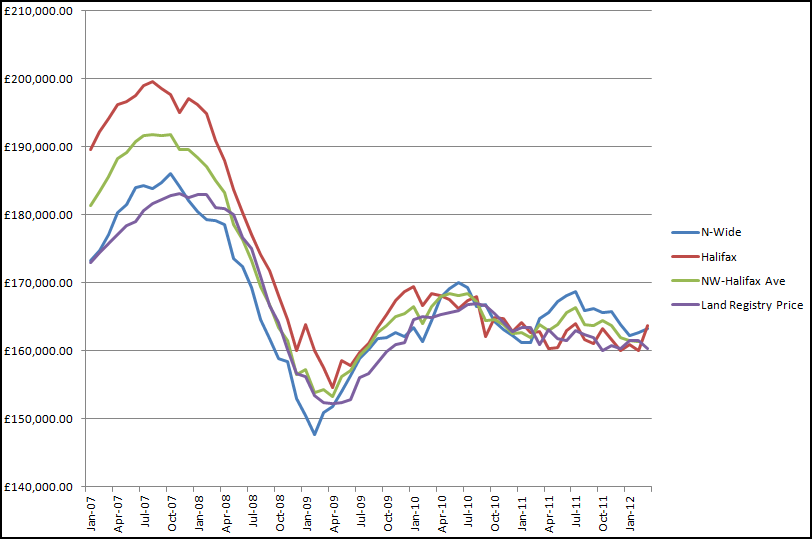