The latest house price index from the Halifax has the price of an average house increasing by 7.5 percent during 2013 despite a fall of 0.6 percent in December, the first monthly decline since January.

On a quarterly basis prices rose by 1.9 percent between Q3 and Q4.

Activity for the year also looks promising says the Halifax, “…with transactions in 2013 likely to have exceeded one million for the first time since 2007”.

Halifax also said that it expected house prices to continue to rise this year, most likely at a broadly similar pace to 2013. Prices nationally are forecast to increase in a range of between 4% and 8% in 2014.

"Mounting signs that the economic recovery is becoming firmly established, together with a predicted decline in unemployment, should further boost consumer confidence over the coming months. This will increase the likelihood that more people will consider buying a property in 2014, therefore supporting housing demand.

"Nonetheless, continuing pressures on household finances, as earnings again fail to keep pace with consumer price inflation, are expected to constrain demand. The recent strengthening in house prices is increasing the amount of equity that many homeowners have in their home. This will potentially encourage and enable more owners to put their property on the market for sale over the coming year, therefore boosting supply. Indeed, our consumer confidence research shows that there has been a significant improvement in sentiment towards selling in recent months. These factors should help to curb the upward pressure on prices."

But looking at this over a lengthier timescale (graph below) we can see that, just like in 2007, the Land Registry HPI is once again lagging the Nationwide and Halifax HPIs, which could be down to the Land Registry also using data from cash only sales.

So one has to wonder if this is the sign of the formation of another house price bubble. 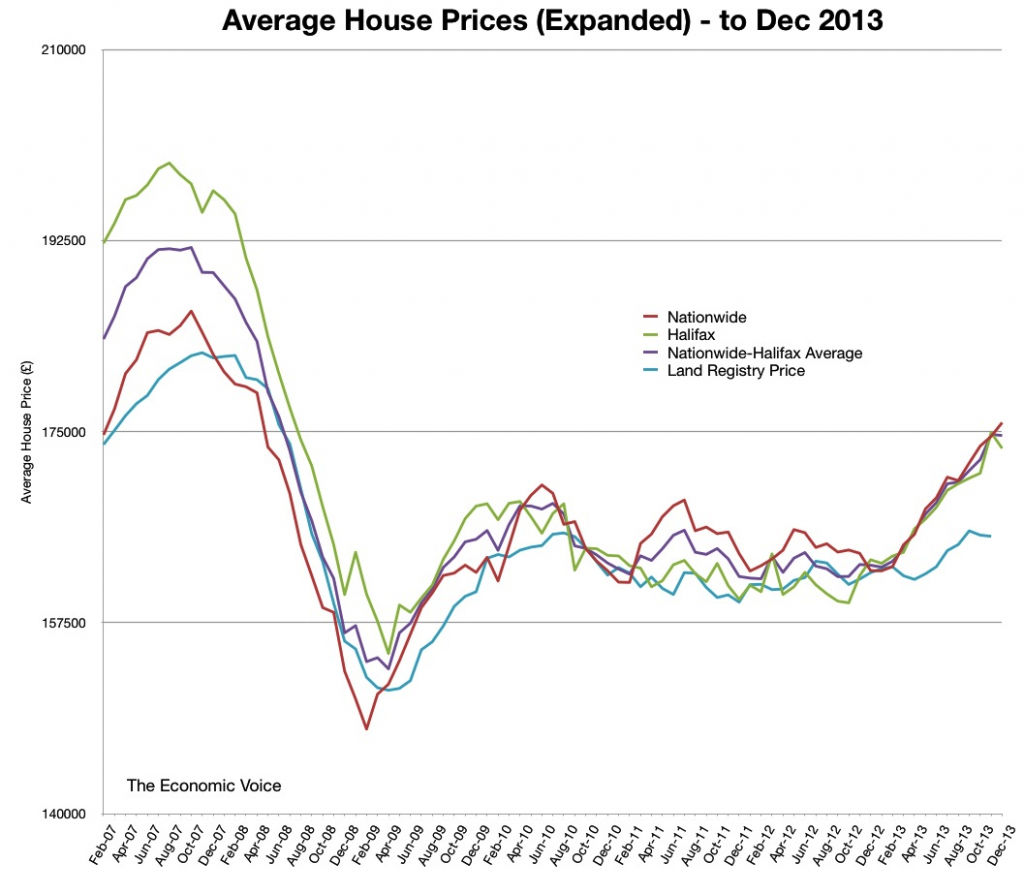