The latest house price index from the Nationwide Building Society shows that the rise in average house prices continues. As you can see from the graphs below this significant upturn started in about February this year, marginally prior to the announcement of the government's Help to Buy Scheme.

Nationwide found that house prices have increased by 0.9 percent in September and are five percent higher than in September 2012.

The cost of an average house in the UK is now £172,127 says the building society with, not unexpectedly, London and the South leading the charge.

Robert Gardner, Nationwide's Chief Economist, said:  "UK house price growth accelerated in September, rising by 0.9% over the month. As a result, the annual rate of house price growth rose to 5%, the strongest pace since July 2010. There are also signs that the pickup is becoming increasingly broad-based. For the first time since 2007, all thirteen UK regions experienced annual house price growth in the third quarter of 2013. However, the southern regions of England continued to see the strongest rates of growth – especially London, where the annual rate of growth reached double digits in the three months to September."

He goes on to say that although house building is starting to recover it is still well below that needed to keep up with demand, which may lead to 'stretched' affordability in future even though interest rates remain low at present.

And as we all know, low interest rates plus high demand plus low supply is likely to create another housing bubble (if in fact the earlier one ever actually fully deflated).

Looking at the picture for the nationwide and Halifax over the last few months you can see that the upturn in average house prices looks pretty solid. Click on the graphs to expand them to full size. 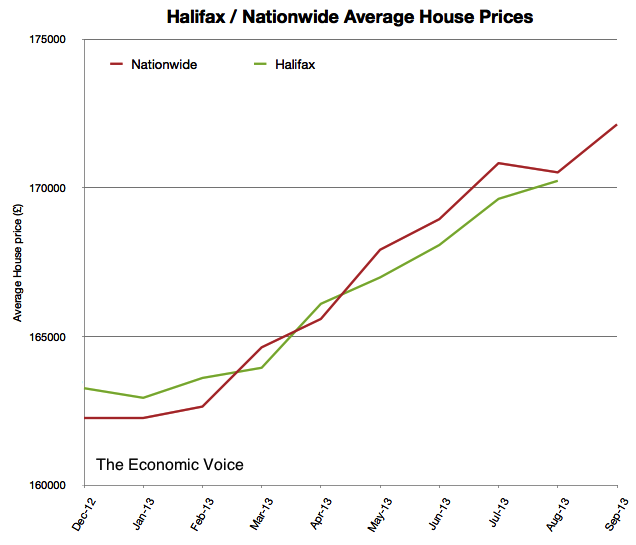 Even when looked at over a longer period and on a full graph (from zero) the upturn is very noticeable. You can see however that the Land Registry (which includes cash sales) index is lagging those of the mortgage driven Nationwide and Halifax. 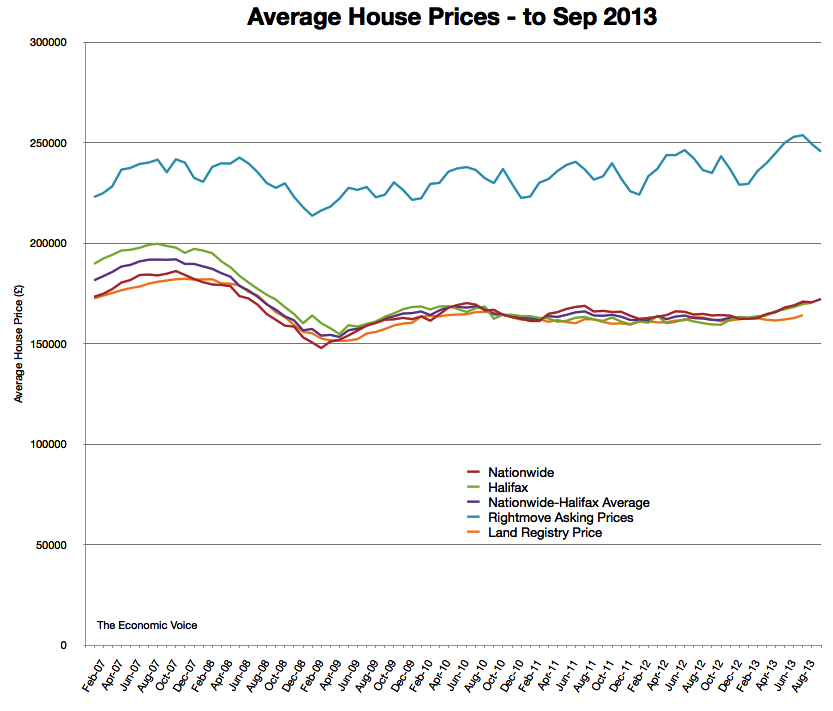 The next graph shows an expanded version where the upturn is even more apparent. 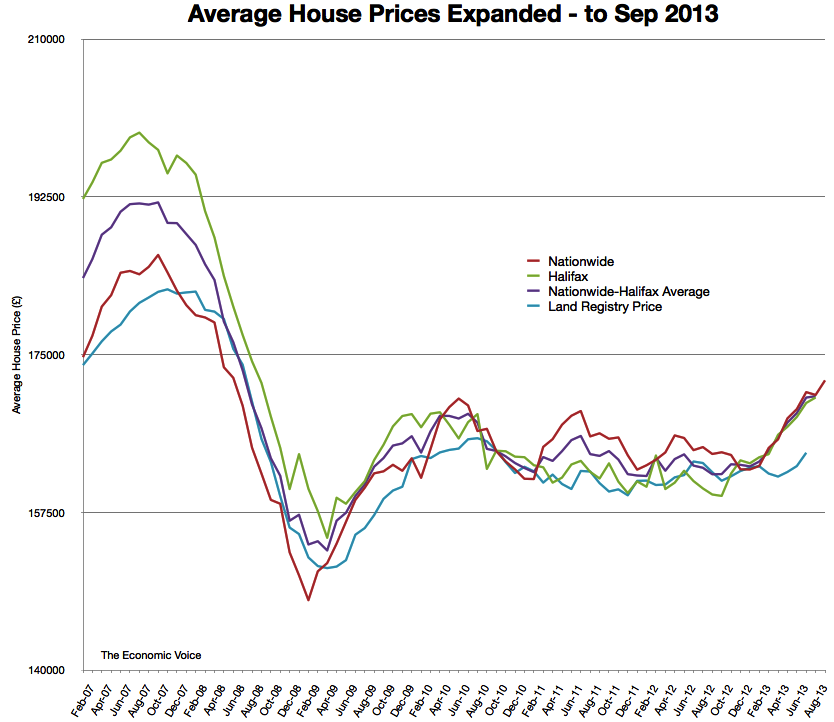 One further point is that asking prices are still trending up at a faster rate than prices achieved on sale. At the moment, when comparing Rightmove asking prices with those of the Nationwide, Halifax and the Land Registry, the asking price is in the region of 46 percent to 55 percent higher. 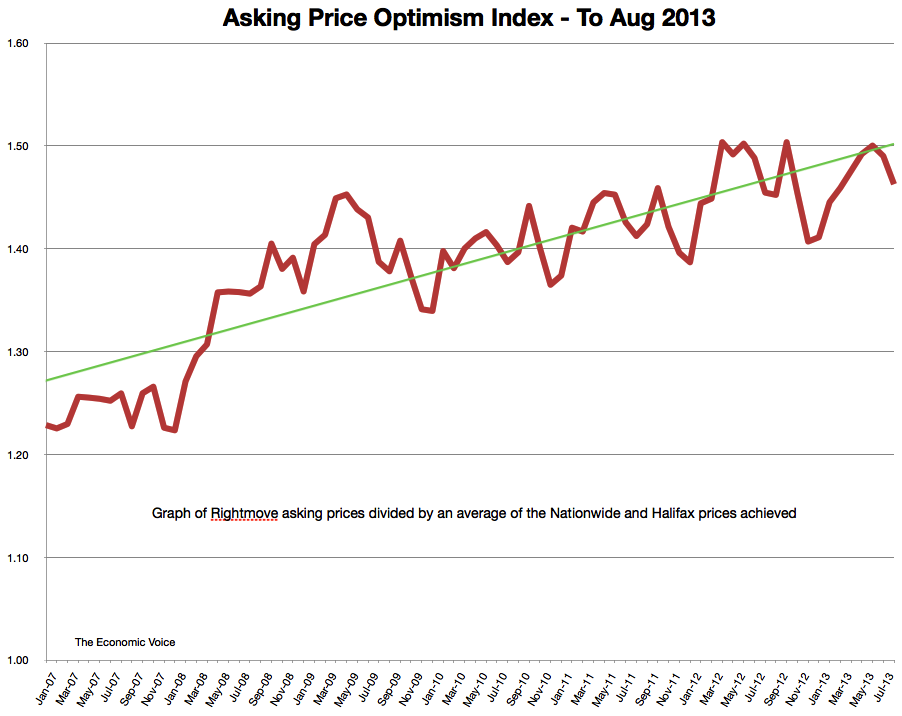 Looking at this since Jan 2007 you can see that asking prices compared to the average of the Nationwide and Halifax prices (our 'Optimism Index') have trended up from about 23 percent higher to nearly 50 percent higher over the period.