But the Nationwide chief economist Robert Gardner does acknowledge that house prices seem to be defying gravity in these challenging times.

“House prices have remained surprisingly resilient in recent months, despite the deterioration in the economic outlook. But, with the UK economic recovery expected to remain sluggish well into 2012, house price growth is likely to remain soft, with prices moving sideways or drifting modestly lower over the next twelve months.” he said

He goes on to point out that 200,000 jobs had been lost in the third quarter this year and that demand remains ‘subdued’.

The Nationwide Consumer Confidence Index also shows a firm downward trend over the last 18 months or so, dropping from over 80 back in the beginning of 2010 to under 40 in October.

Mr Gardner says that government policy should be aimed at ‘boosting housing supply’, especially as the number of households being formed increases in line with population growth and is reassured by the recently announced first time buyer schemes. Further though, even building houses at the same rate as before the credit crunch (150, 000 units a year) will not cut the mustard he says.

“Similarly, even returning to the rates of building seen in the ten years before the financial crisis, around 150,000 units a year, would still be below the required rate of construction. However, it is reassuring that steps are being taken to try to address this issue.” He commented.

But, despite this slight uptick in Nationwide’s HPI, overall you can see from the graph below that house prices have stagnated (click on the graphs for expanded views). 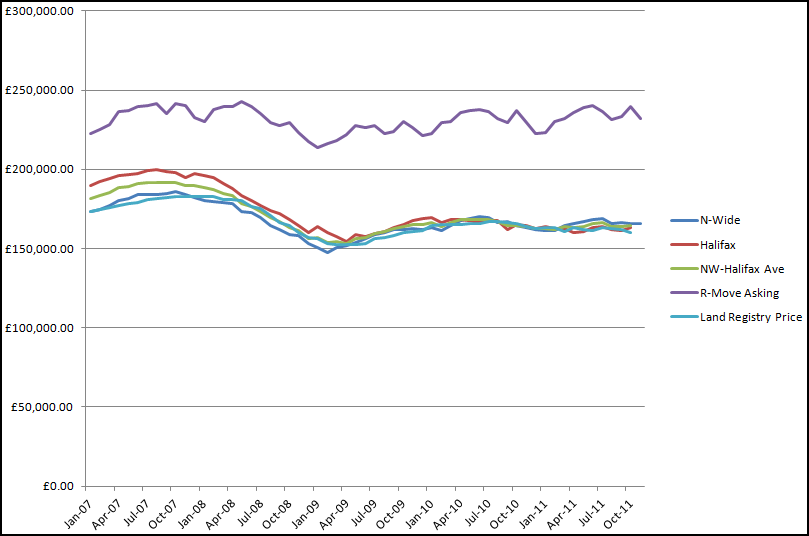 But this next graph, which compares the average of Nationwide and Halifax average prices and compares them to what Rightmove is seeing on asking prices, shows that seller sand their agents are still optimistic over the prices they think they can achieve. 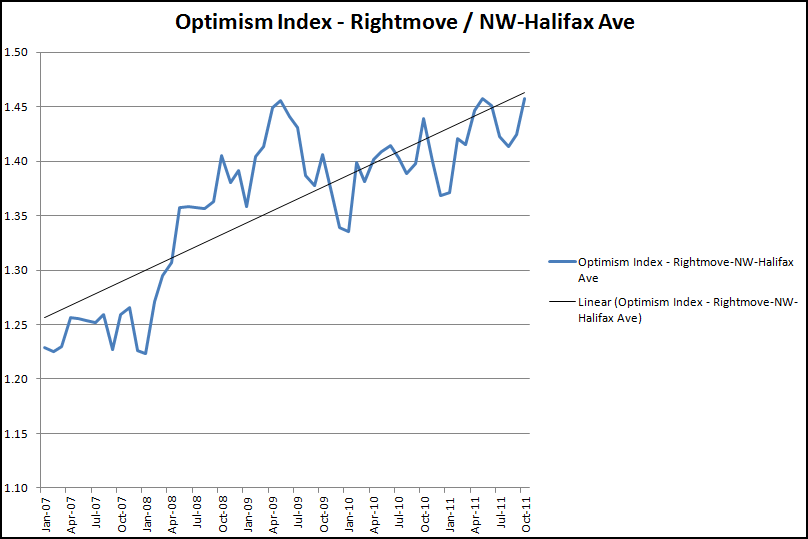 This final graph shows an expanded view of the main house price indexes. 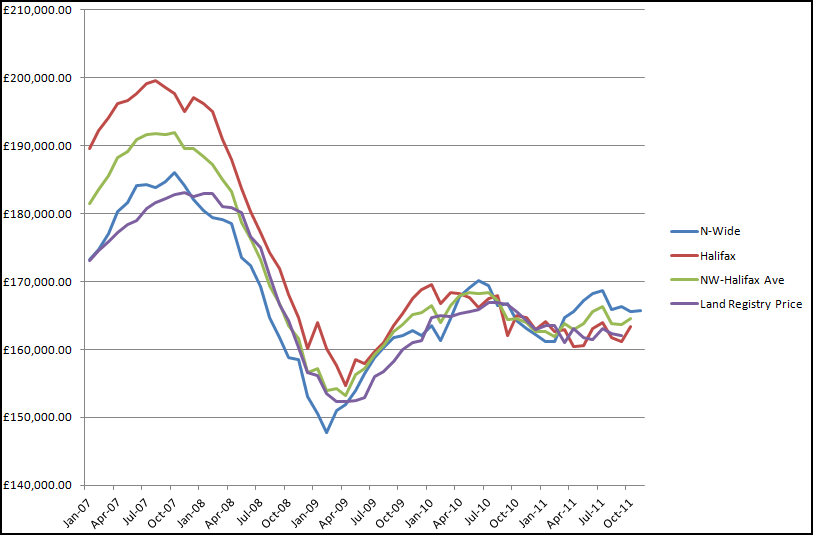