The latest house price index from the Nationwide shows that the price of an average house rose 1.4 percent in December and ended the month 8.4 percent higher than a year ago.

House prices are though some 5 percent below their 2007 peak says the building society.

The Nationwide also says that the property price upturn became increasingly more broad based throughout 2013 with the last half of the year seeing all thirteen UK regions experiencing annual positive price growth in both quarters.

Commenting on the figures, Robert Gardner, Nationwide's Chief Economist, said:  “The UK housing market followed the trajectory of the wider economy through 2013, gaining momentum as the year progressed. The average monthly increase in house prices rose from 0.4% in the first half of the year to 1% in the second half of 2013. Overall, prices increased by 8.4% in 2013, though they remain around 5% below the all-time highs recorded in late 2007."

He went on to say that the pick up can, in large part, be attributed to ‘…further improvements in the labour market and the brighter economic outlook, which helped to bolster sentiment amongst potential buyers’. Government policy backed low mortgage rates and improved access to credit also helped he said as well as the supply/demand imbalance still being firmly on the side of the seller.

But Robert Gardner also warns that ‘Affordability is being supported by the ultra-low level of interest rates. A typical mortgage payment for a first time buyer is currently equal to around 29% of take home pay, close to the long term average. However, the risk is that if demand continues to run ahead of supply in the quarters ahead, affordability may become stretched. House price growth has been outstripping average earnings growth since the middle of the year’

Looking at house prices since the beginning of 2007, you can see from the graph below that there has been a gentle but sustained upswing since the start of 2013. 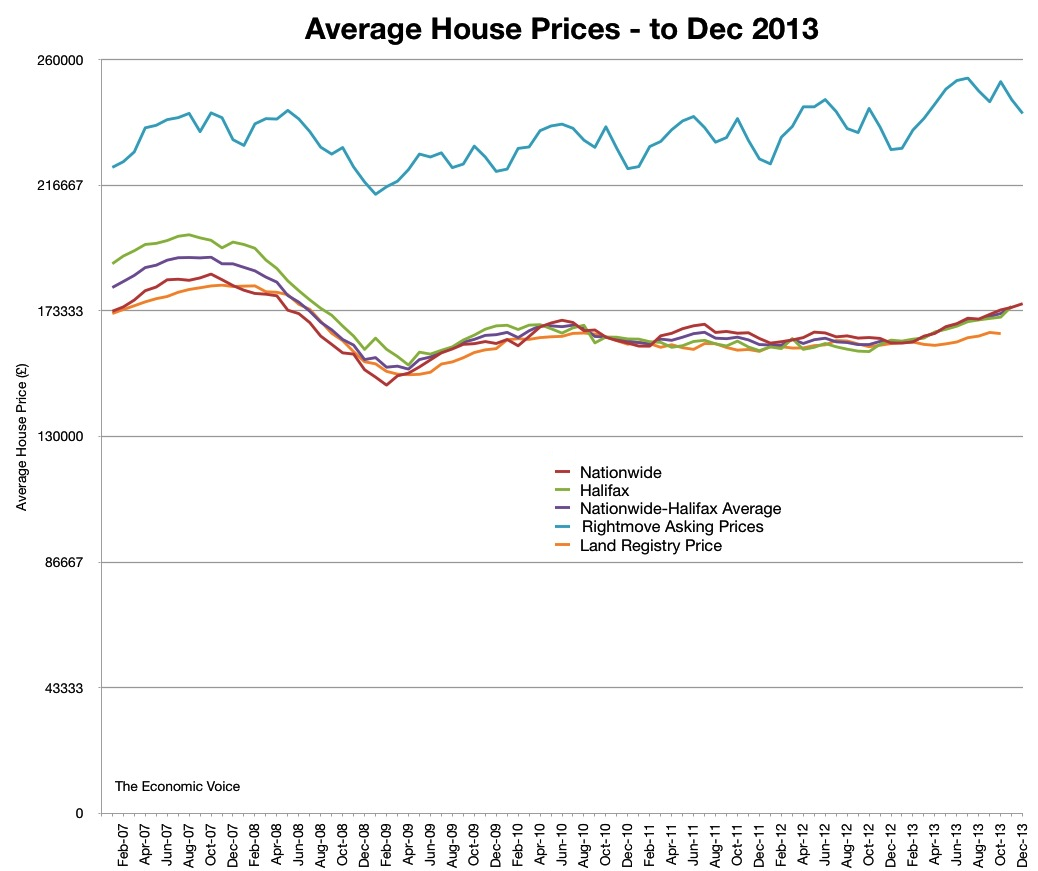 When looking at this in more detail over the last year or so in the next graph you can see why there are concerns that there might be another house price bubble forming. 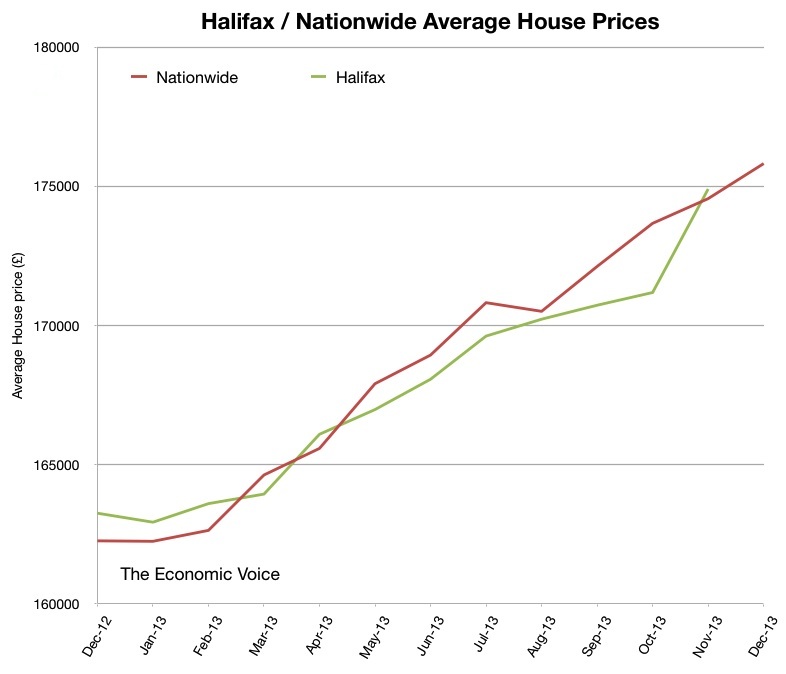