The latest house price index from the Halifax shows that house prices rose by 7.8 percent over the year when comparing the last quarter of 2014 with the same period in 2013. Prices did though still rise faster than at the beginning of 2014. The cost of an average house is now £188,858 according to the lender.

Looking at December alone prices increased by 0.9 percent but over the last quarter of 2014 the rise was only 0.3 percent compared to the previous quarter.

The Halifax also said that there is now a better balance between supply and demand as shown by the ratio of house sales compared to the stock of unsold properties.

The lender says that it expects house prices to continue to moderate in 2015, increasing in the range of 3-5 percent.

"House prices in the final three months of 2014 were 0.3% higher than in the preceding three months. The quarterly rate of increase has now fallen for five successive months. Annual price growth also eased further, to 7.8% in December. This compares with a peak of 10.2% in July.

"The deterioration in housing affordability as a result of rising house prices, earnings growth that has been consistently below consumer price inflation until very recently and speculation of an interest rate rise, have combined to temper housing demand since the summer. The weakening in housing demand has led to a reduction in both price growth and sales in recent months.

"We expect a further moderation in house price growth over the coming year with prices nationally predicted to increase in a range of 3 to 5% in 2015. Housing demand, however, should continue to be supported by a growing economy, rising employment levels, still low mortgage rates and the first gain in ‘real’ earnings for several years." 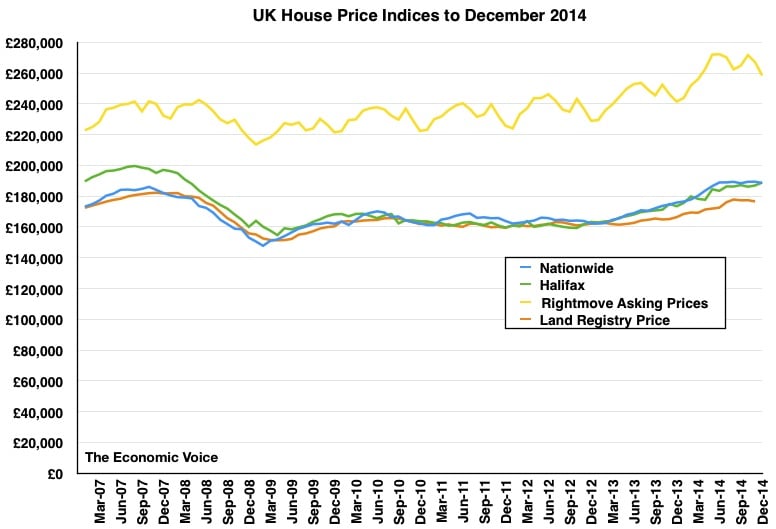 How have government-backed property buying schemes altered the banks’ approaches to mortgage lending?