According to the nation-wide Building Society the price of an average house rose by 0.6 percent in November to £174,566.

This continues the rising prices the mortgage lender has seen since the beginning of the year.

The lender also reports that there has been a significant rise in the number of mortgages approved, which now stands 34 percent higher than September last year.

“UK house prices rose by 0.6% in November taking the annual rate of increase to 6.5% – the strongest pace since July 2010, though prices are still around 6% below the all- time high recorded in late 2007.

“Activity in the housing market has picked up strongly in recent months. The number of mortgage approvals for house purchase reached 66,735 in September, 34% higher than the same period of 2012.”

This, he went on to say, can be largely attributed to a brighter economic outlook, an improved labour market as well as low mortgage rates underpinned by ‘Policy measures aimed at keeping down the cost and improving the availability of credit’.

As you can see from the expanded graph below, house prices reported by the Nationwide and Halifax have been on the up since the start of 2013, but those seen by the land Registry, which of course includes cash sales, has been lagging behind somewhat. The graphs does not show Halifax or Land Registry data for November as they are not yet available. 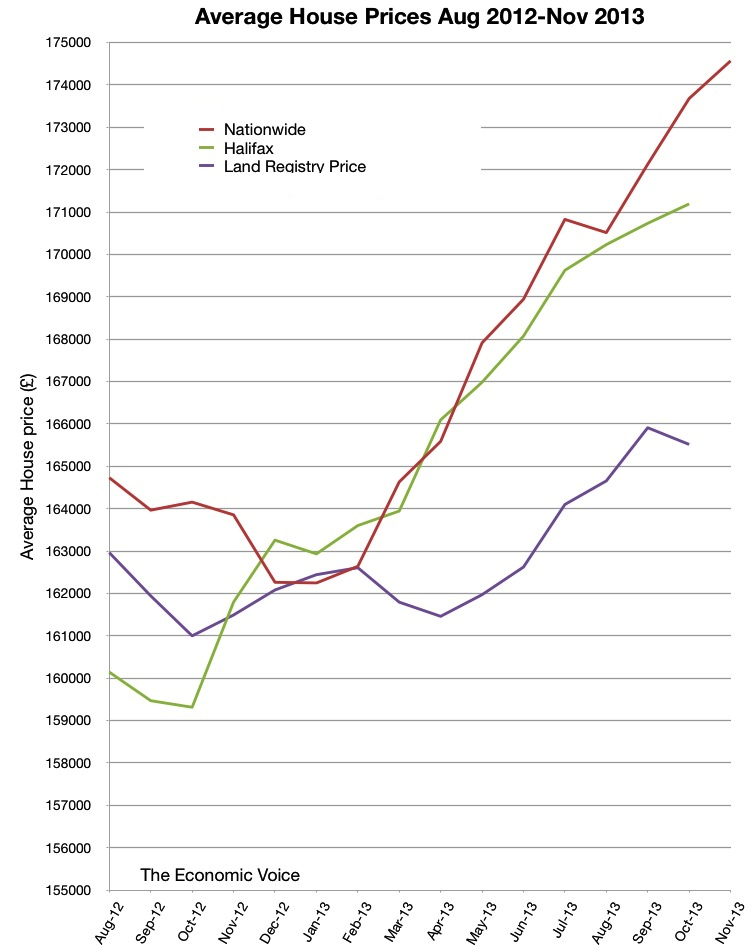 However, when you draw back to look at a fuller picture with proper scales in the next graph you can see a more gentle but noticeable rise in average house prices and the very gradually widening gap between lenders and Land Registry figures. 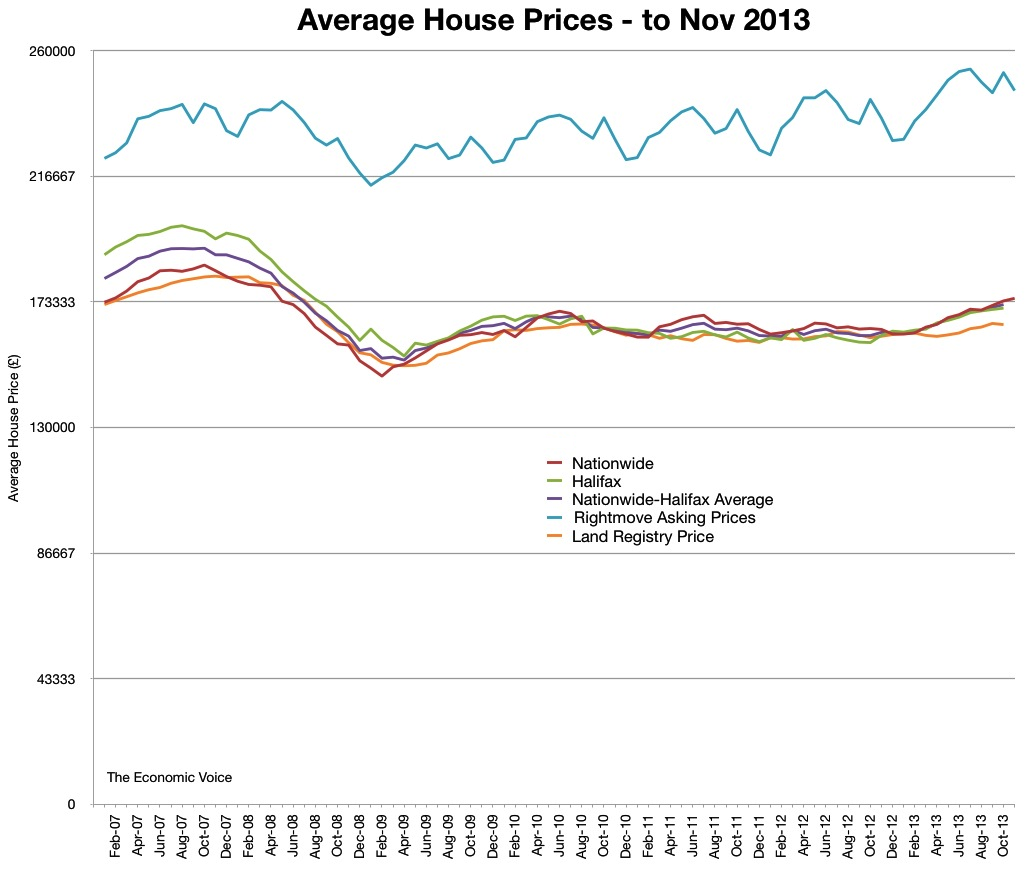 This though may begin to close over the coming months once the re-focus of the Funding for Lending Scheme (FLS) takes support away from mortgages in favour of business lending. It would also show us the impact, if any, that the FLS had on pushing house prices up.

A Penny For Your Thoughts