The latest house price index (HPI) from nationwide building society shows the price of an average house went up by 0.5 percent in October, so recovering from September’s slight fall of 0.1 percent.

When looked at annually however house prices rose by 9 percent in the month to October, which is a small drop from the 9.4 percent seen in the year to September.

Even with this small uptick you can see from the house price graph of the major indexes below that the overall trend seems to be a flattening out of house price growth (bear in mind Halifax and the Land Registry are yet to publish their figures for October). Although Rightmove asking prices do seem to be maintaining a healthy upward trend.

“The annual pace of house price growth continued to moderate in October, declining to 9% from 9.4% in September, the second consecutive month where annual growth has fallen. This is despite house prices increasing by 0.5% month on month in October.

“A variety of indicators suggest that the market has lost momentum. The number of mortgages approved for house purchase in September was almost 20% below the level prevailing at the start of the year. Some forward looking indicators, such as new buyer enquiries, suggest that activity may soften further in the near term, especially in London." 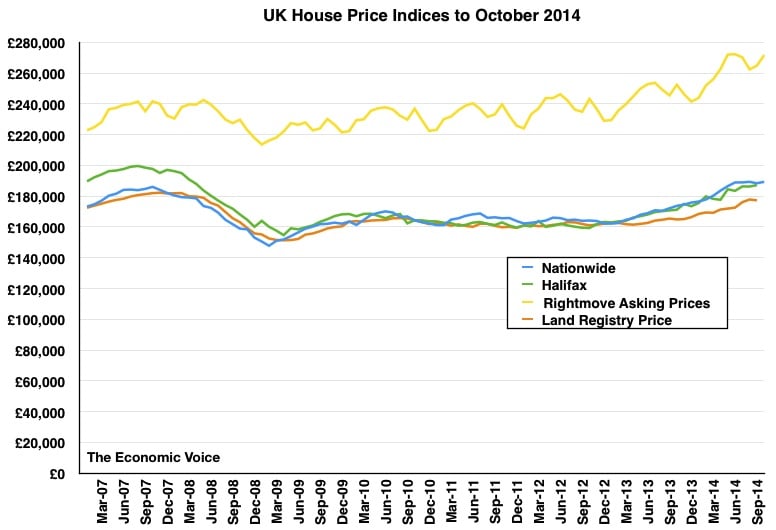 EU regulation of the banks