With all the fluff and froth of government intervention in the housing market I thought it was time to update some of our graphs.

The result, as you can plainly see, is that house prices are going nowhere. The few transactions that are taking place are overall maintaining a statically priced market.

As can be seen from the updated graph below, after the rampant runaway prices over the decade before the crash and the volatility directly afterwards, the main House Price Indexes are now merging into a single straight line with the only movement in price being sideways. 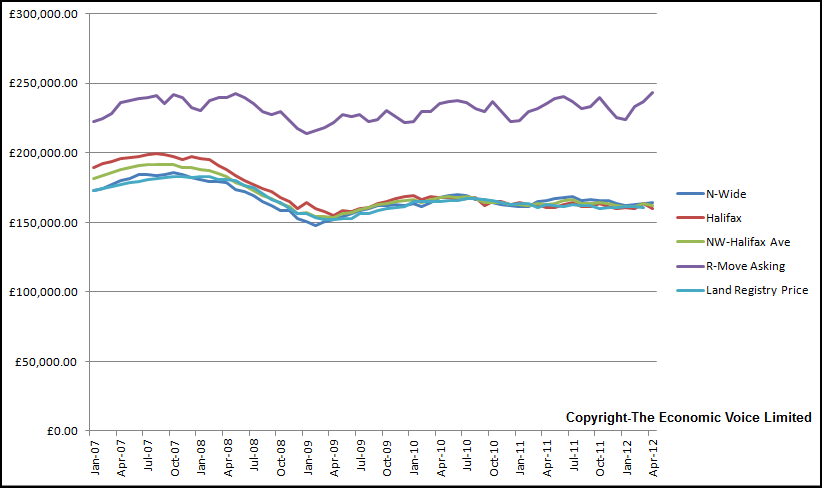 The only way you can differentiate between them is by looking at an exploded version of the graph, but even that does not tell us anything. 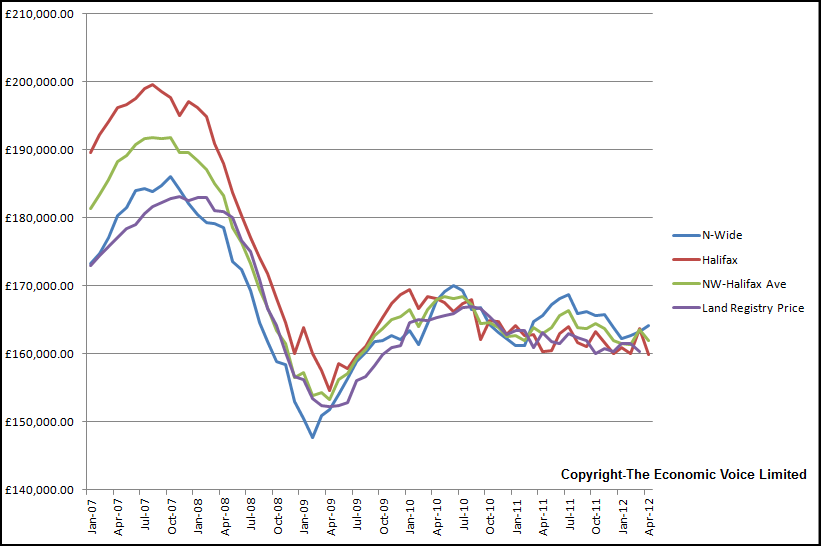 And while the Halifax, Nationwide and Land Registry indexes stay within a tight and level range, the Rightmove asking price seems to also move around its own unchanging level, as shown by this graph. 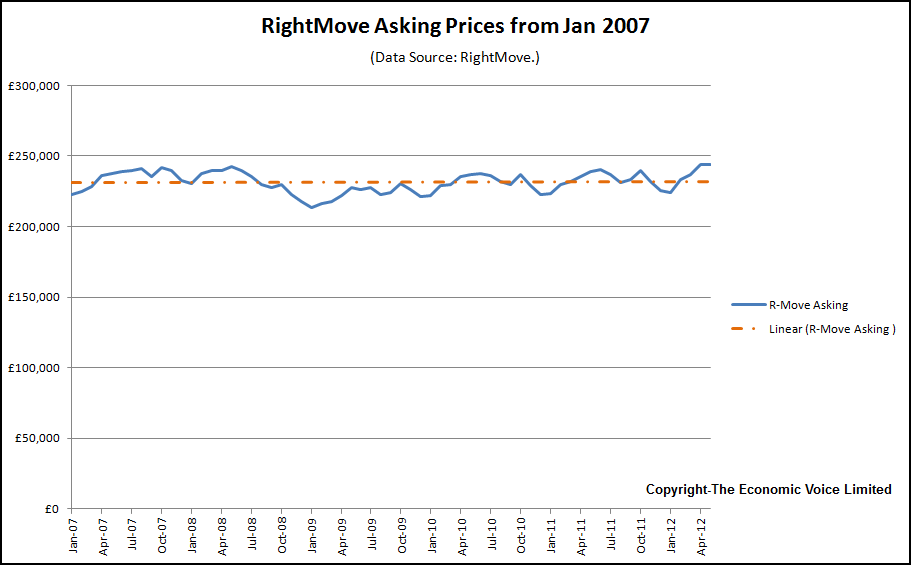 But when you do a direct comparison between the average of the Halifax and Nationwide indexes and that of Rightmove you can see that asking prices are continuing to outstrip the prices actually achieved. In January 2007 the asking price was about 25% more than that achieved, whereas in April 2012 it had reached 45% more. This 'Optimism Index' shows that sellers and their agents are still confident. 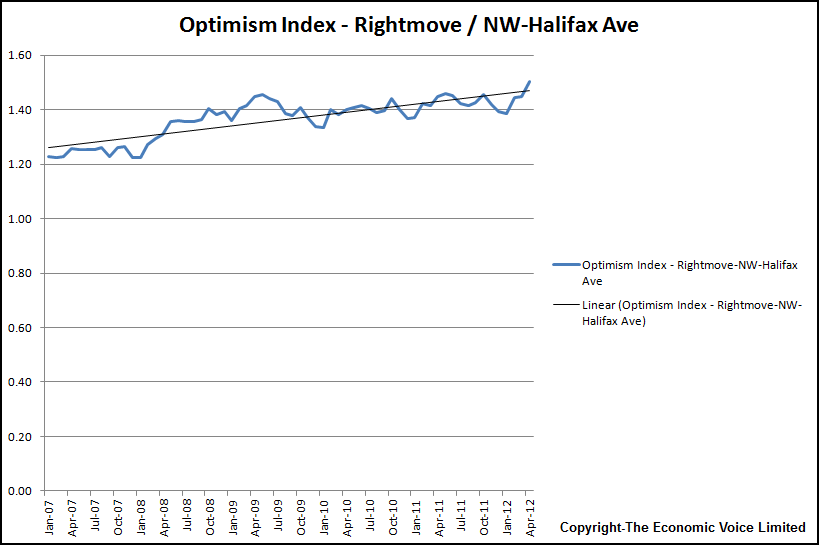 One other thing we check out occasionally is the price of the average house in ounces of gold. All we are doing is comparing the property market with another benchmark, in this case ounces of gold priced in GBP.

Here you can see that houses have become very cheap in gold terms having slipped from over 500 ounces of gold per average house just over five years ago to about 150 ounces today. But the trend line does show signs of levelling out. 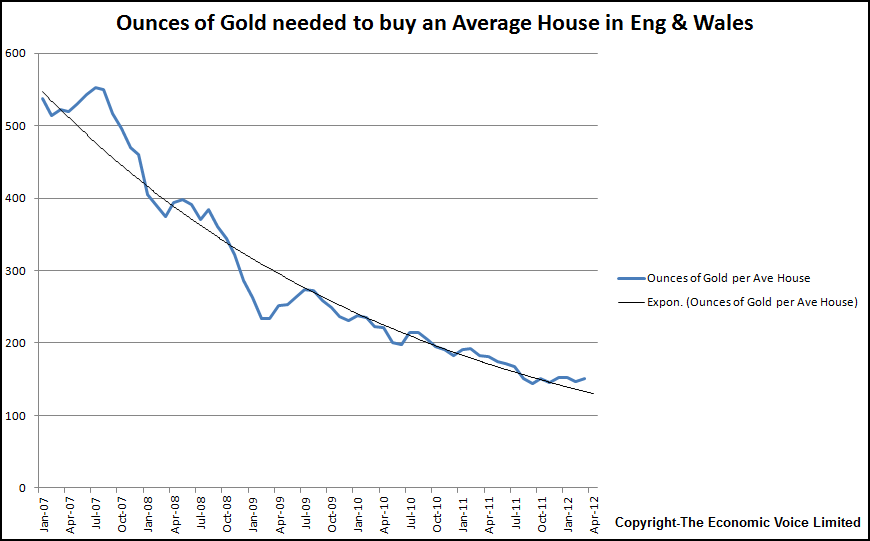 But back to the government; it is supposedly intervening in the property market with schemes designed to make housing more affordable for the ordinary punter, or so we’re told.

But looking at the house prices themselves and how the average house price is still some six times the average wage, as well as falling transactions I don’t see much evidence of that in action.

In fact I would surmise that the government is wasting a good deal of time, energy and our money on making it look like they are doing something, which is an activity that all governments, regardless of persuasion, are experts in.

Savings Snakes & Ladders: What are you saving for?