The latest house price data from the Office for National Statistics shows that average prices over the year to September increased by 3.8 percent, which is up on the previous month’s 3.7 percent.

As ever London prices are outstripping the rest and, when excluding the capital and the South East, average house prices only rose by 1.4 percent over the year in the rest of the country. This figure is less than the CPIH inflation rate for September, which was 2.5 percent. This could be food for thought for potential house buyers were it not for the lack of supply and fears over house prices rocketing in the future as well as prices being paid by first time buyers in September 2013 being 5.3 percent higher than a year ago.

“Figures published this morning show that house price growth is continuing unabated, with the average house price now at an eleven-year high. Although there are expected regional discrepancies as illustrated in the latest figures from ONS, even when excluding London and the South East, the average house price in the UK has risen by 1.4% over the past year. “Help to Buy and its move towards higher LTV loans has extended a helping hand to first-time buyers who may have otherwise struggled to source a deposit. According to the CML, the number of loans extended to first-time buyers in September was 34% higher than in September 2012. 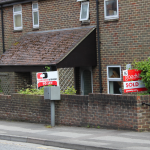 “The market is being squeezed – more and more people are trying to come in but there are simply not enough houses to satisfy everyone. Low returns on savings and high rental costs mean that a spotlight is being shone on property as a potential means of investment. And as a result, first-time buyers are finding themselves having to compete with landlords. The pressure in the market will continue to intensify and house prices will continue to rise until this dire need for more housing is addressed.”

The Gaming Industry: A Boon to the U.S. Economy