House Prices Up 11.1% Over The Last Year

The latest report from the Nationwide building society puts the average house price at £186,512, which is 11.1 percent higher than May last year. It also represents a monthly increase of 0.7 percent on a seasonally adjusted basis.

This news will create a nice warm glow in those that own their own homes, landlords and the government. But it will be another blow to those who are striving to save up the deposit for their first home.

The Nationwide house price index follows on from last week’s Land Registry figures that showed average house prices in England and wales rising by 6.7 percent to £172,069 on an annual basis and by 1.5 percent over the month to April.

This is the thirteenth successive month that Nationwide has seen house prices rise but the lender does say that with mortgage approvals down 17 percent on January we may see the market start to moderate as the effects of the Mortgage market Review (MMR) measures start to kick in.

The Help to Buy scheme is helping to stimulate demand say the lender, but the overall figures suggest it is a fairly modest driver and has had even less impact in London where the house price rises are at their greatest.

The sheer scale of the difference between London house prices and the rest of the country, even when compared to the South East can be seen from the graph and figures below. 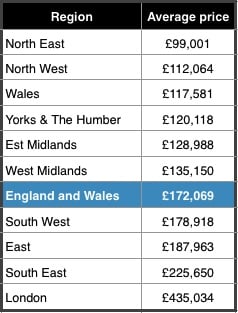 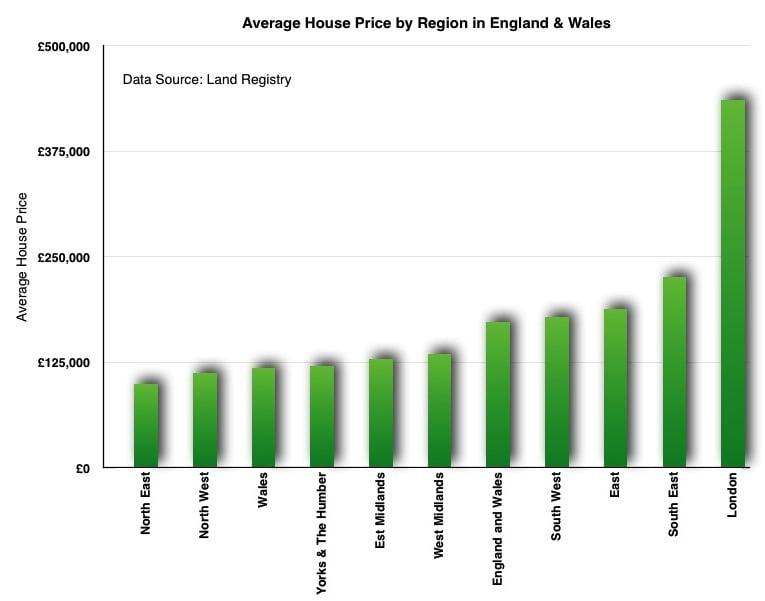 The next graph shows how house prices have trended upwards since the beginning of 2013 as well as how they compare with the dizzy heights of late 2007 when the credit crunch struck. It also indicates what a combination of lack of housing supply, low interest rates, government backed lending schemes and a rising population can do to the cost of what many would regard as a necessity. Unless you already own a property of course, in which case it is an asset accruing value every month.