The latest house price index from the Halifax puts house prices 2.4 percent higher in February than they were in january 2014. This is the eleventh monthly increase over the last year says the Halifax.

The price for the average house now stands at £179,872 according to the lender. For a long term comparison see the house price graphs below.

On a three month basis house prices were 2.1 percent higher in the period December to February than they were in September to November.

Although new buyer enquiries eased in January this was accompanied by a reduction in new instructions for sale so the supply/demand imbalance was maintained says the Halifax. But it goes on to say that the 24 percent increase in new builds over the last year should help to rebalance the market. 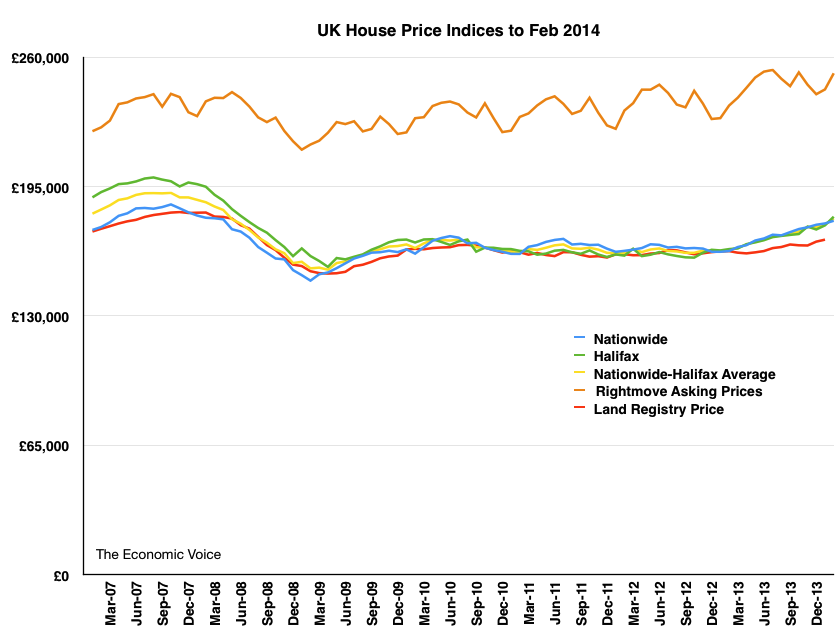 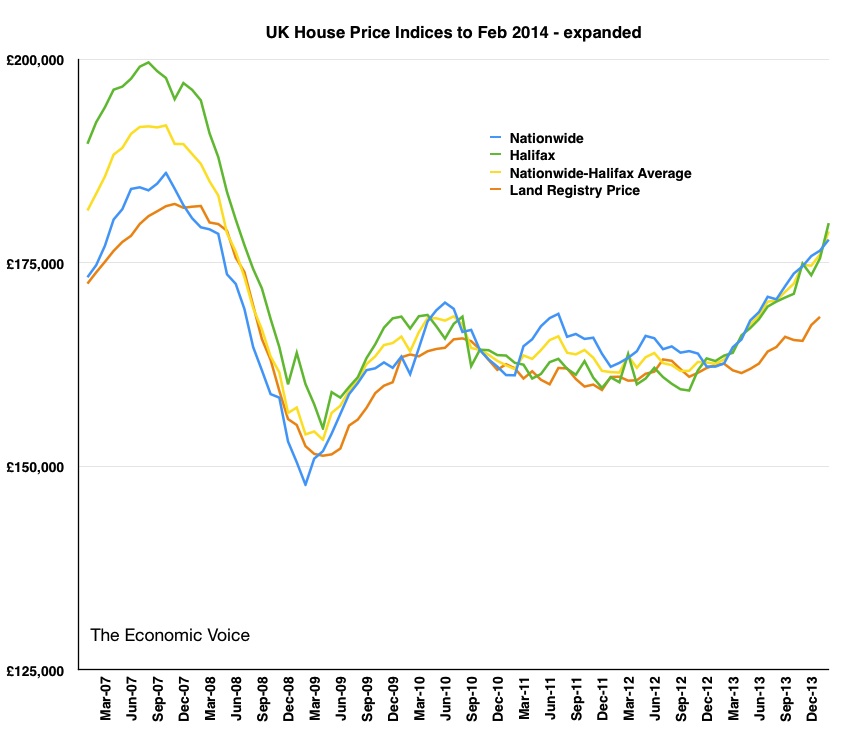 "Several factors appear to have boosted demand, such as the improved economic outlook, unemployment falling faster than expected, improvements in consumer confidence and low interest rates.

"However, continuing pressures on household finances, as earnings fail to keep pace with consumer price inflation, are expected to remain a constraint on the rate of growth of house prices. We are also seeing signs of a revival in housebuilding, which should help bring supply and demand into better balance and curb upward pressure on prices over the medium and longer terms."