The latest House Price Index (HPI) from the Land Registry shows that residential property prices in England and wales rose by 4.2 percent in the year to August 2015 and by 0.5 percent in the month of August, when the price of an average house stood at £184,682.

Looking at house prices by type of property semi-detached houses saw the greatest annual appreciation with prices rising by 4.7 percent to 175,299. This was followed by detached houses gaining by 4.5 percent, flats and maisonettes going up by an average of 4 percent and terraced gaining by 3.7 percent.

On a regional basis the East saw the largest gains with prices rising 8 percent over the year to August 2015, with the South East following closely with 7.6 percent and then London at 6.6 percent. London however did see the greatest monthly rise in prices (1.7 percent) during August. 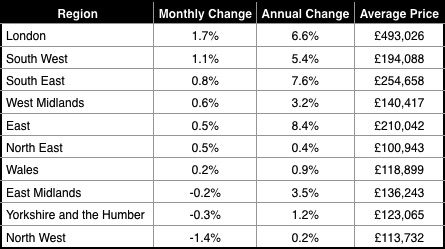 When looking at house prices from the main indices since just before the credit crunch on the graphs below you can see that they are all now above their previous highs in 2007. There also appears to be no real indication that the trend will end any time soon. 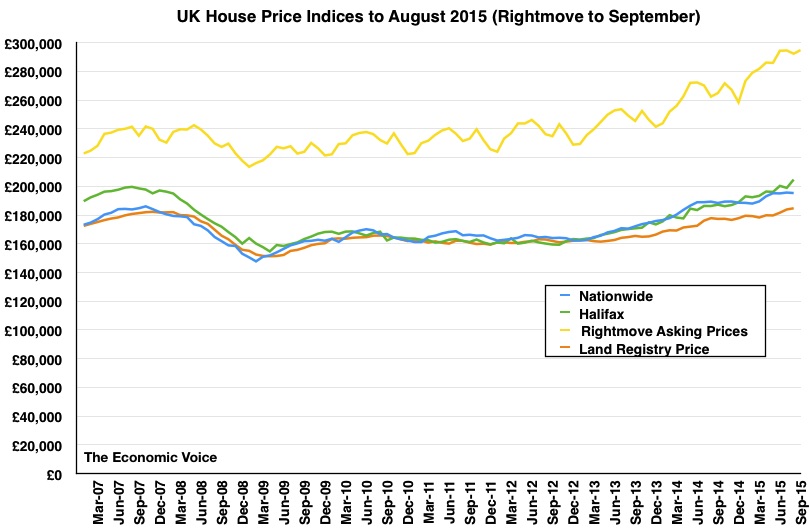 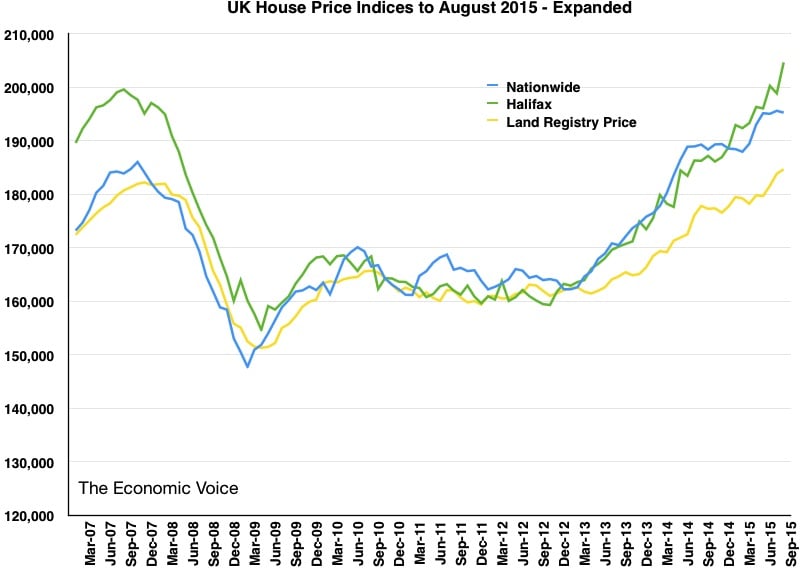 "From a 1.7% month-on-month increase in average house prices from June to July 2015, the latest land registry data shows a less weighty increase of just 0.5% from July to August, an indication of a seasonal slowdown after a busy summer. The impact of highly volatile global capital markets as well as the announcement of a likely base rate rise in the future can also be felt across the UK housing market.

"London property continues to thrive however, and the imbalance in house prices between various regions means buyers in London and its commuter belt have been dealt the worst hand of all. With a monthly increase of 1.7 percent, and an annual chance of 6.6 percent, prices in London and surrounding areas are well-above national averages resulting in a huge gap between other regional cities and the capital; the biggest in twenty years. While the promise of extra housing is encouraging and targets for building a much-needed step, the government needs a far more stringent and cohesive approach to housing to tackle the problem head on."