Halifax puts the rise down to an increasing demand coupled with a lack of properties coming onto the market.

As can be seen from the house price graphs at the foot of the article the recent house price surge continues, but the rise in the average price of mortgage based instructions is still outstripping that of the Land Registry prices, which also include cash sales data. This could be indicative of a mortgage led house price bubble, especially when you compare the picture to 2007 earlier on in the graph.

"With the supply of properties being slow to respond to more buoyant market conditions, stronger demand has resulted in continued upward pressure on house prices. Demand has increased against a background of low interest rates and higher consumer confidence underpinned by signs that the economy is recovering and unemployment falling faster than expected. Official schemes, such as Help to Buy, also appear to have boosted housing demand. However, continuing pressures on household finances, as earnings fail to keep pace with consumer price inflation, are expected to remain a constraint on the rate of growth of house prices." 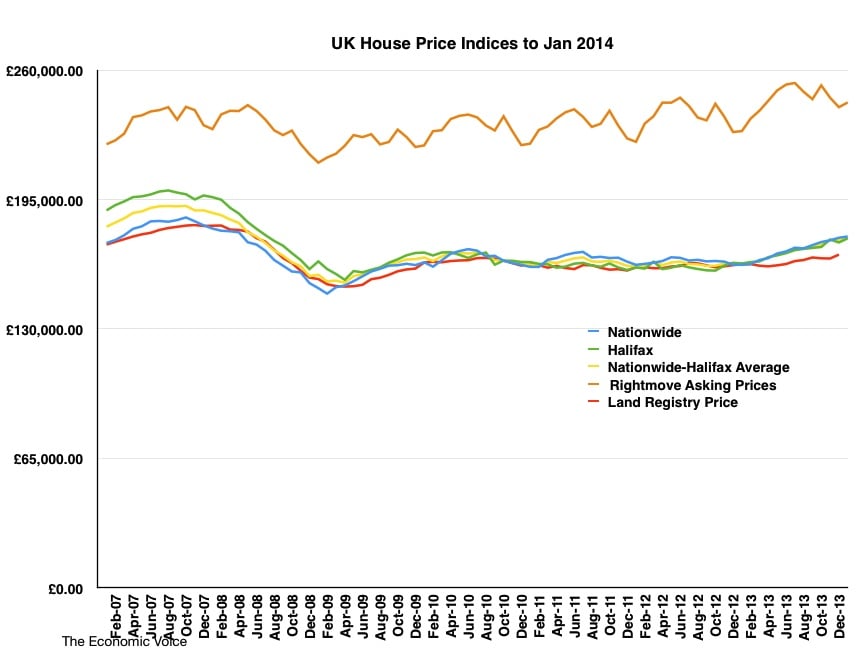 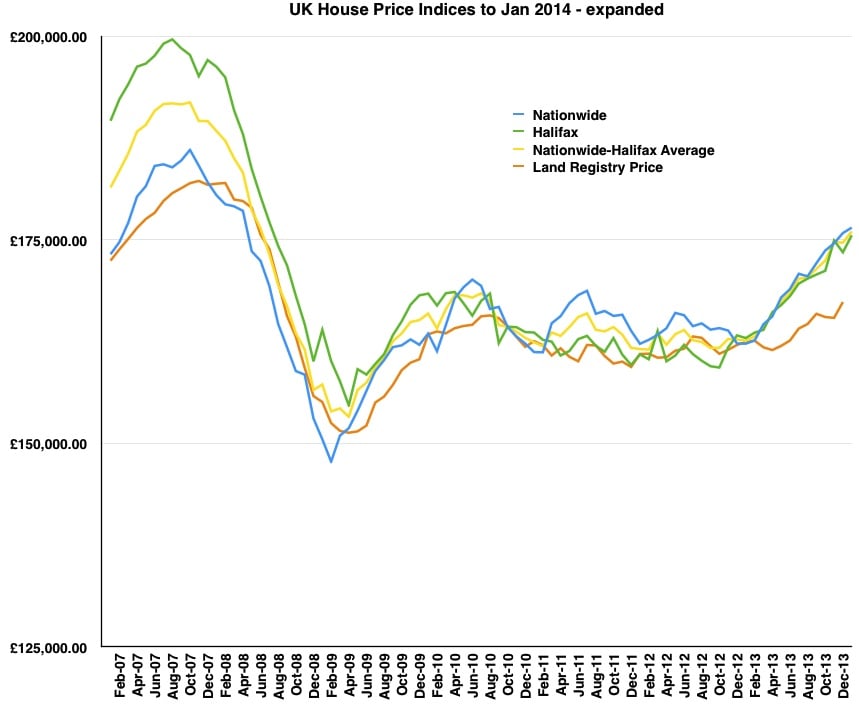