House prices up 7% in the year to October

The UK property market saw house prices grow by 7 percent in the year to October 2015 reports the Office for National Statistics (ONS) in its latest House Price Index. This is an increase in the 6.1 percent seen in the year to September 2015.

House prices rose by 0.8 percent between September and October 2015.

The price rise seen by first time buyers over the year October 2014 to October 2015 was 5.9 percent, with next steppers on the market experiencing a 7.4 percent rise. 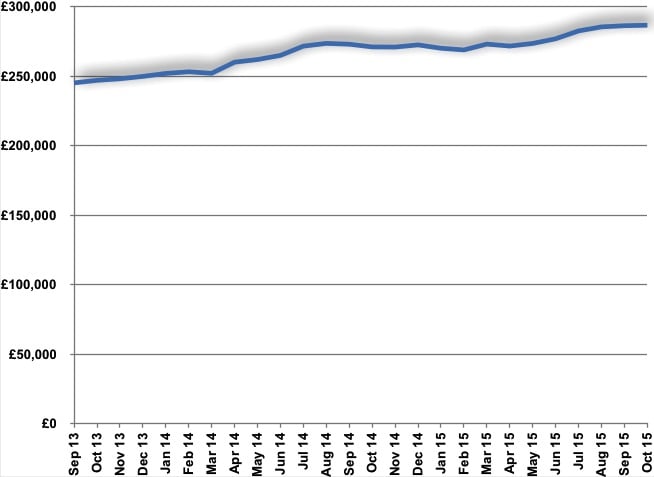 “House prices continued their upward climb in October, amid high volumes of mortgage activity and a shortage of properties across the country. As the economy stabilises, driven by improving job prospects, rising wages and recurring delays in interest rate rises, for the meantime at least, it’s likely this surge in house sales and price inflation will continue. Warnings that growth on this scale is unsustainable may ring true in the long term, especially in crowded London and the South East, as affordability issues become too significant a barrier to entry for first time buyers and low income families. Developers should take heed and look to other regions for their next opportunity.”

"In many parts of the UK, home ownership is fast becoming an impossible dream, increasingly only accessible to the wealthy or those who get help from their families. A key challenge for the government in the coming years is to halt the trend towards homes becoming even less affordable.

“We need a substantial building programme of homes across the UK. At the same time we need to see better jobs and sustained real wages growth, so that people can afford decent housing for themselves and their families."