In the three months to November the Halifax says that house prices increased by 0.7 percent.

As you can see from the two graphs below house prices have increased steadily since the start of 2013 until this summer when they have started to level off, according to the Halifax, Nationwide and the Land Registry.

A gap has also developed between the prices seen by the two mortgage lenders and those seen by the Land Registry, which includes cash sales. Rightmove asking prices are still following an upward trend. (Click the graphs below to enlarge them.) 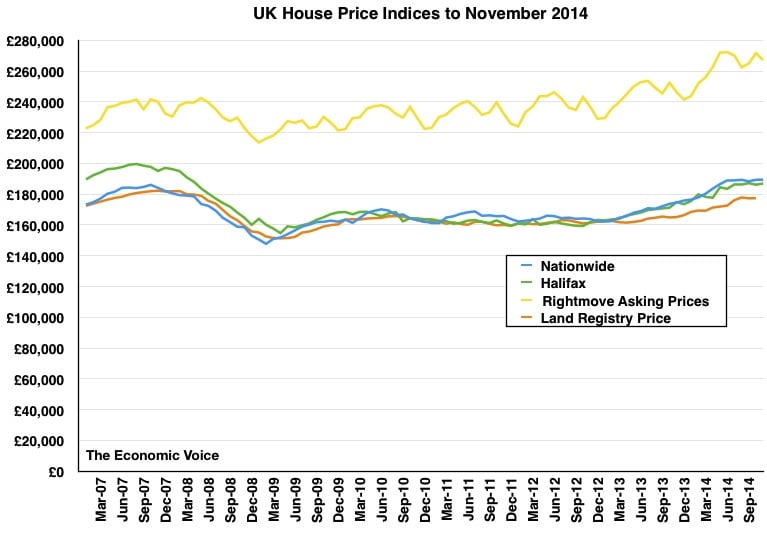 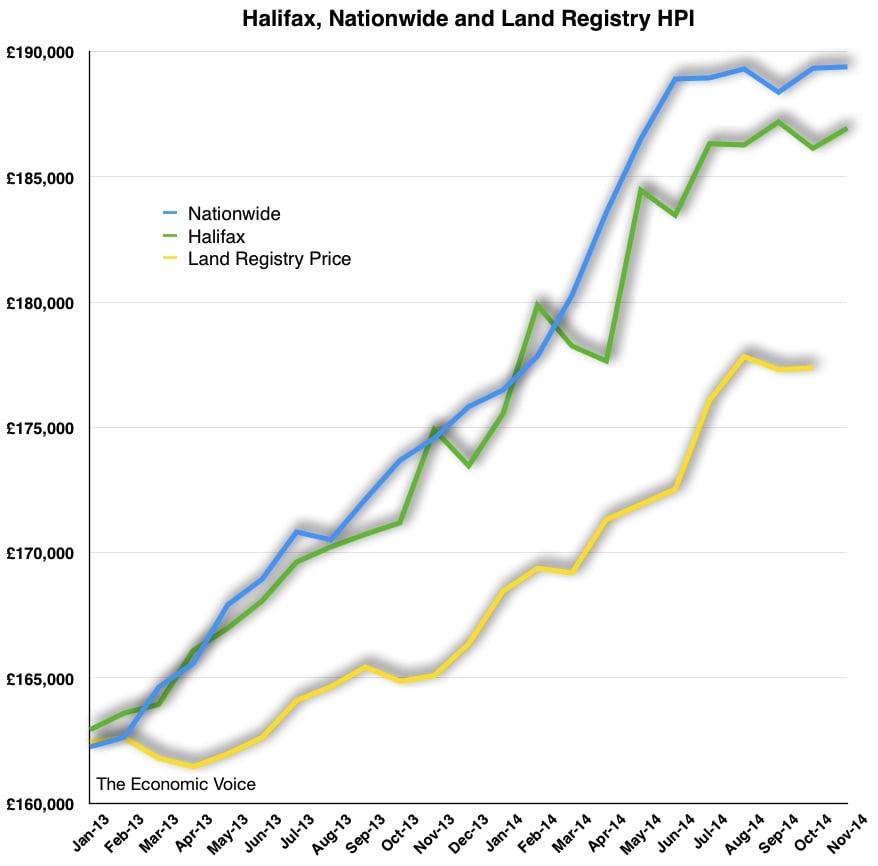 Commenting on the figures, Martin Ellis, housing economist for the Halifax, said:

"Receding buyer interest combined with a revival in private housing completions has brought supply and demand into better balance. These factors have in turn contributed to the easing in house price growth since the summer. But housing demand continues to be supported by a strengthening economy, rising employment levels, still low mortgage rates and the first gain in ‘real’ earnings for several years. We expect a further moderation in house price growth over the next year with prices nationally expected to increase in a range of 3-5% in 2015."

“Halifax welcomes the stamp duty changes announced by the Chancellor yesterday. The average homeowner will be financially better off under the new structure and the changes should encourage more movement in the housing market as transactional costs will be reduced for many.”