The latest house price index (HPI) from the Halifax reports that house prices in the three months to April were 8.5 percent higher than the same period last year.

However, on a monthly basis prices fell by 0.2 percent in April following another small fall in March. This is in stark contrast to those reported by the Nationwide building society (see graph below) but does reflect the latest data from the Land Registry.

"Although mortgage approvals have now declined for two consecutive months and property transactions fell in March, on an annual basis housing demand still remains strong. Housing demand continues to be supported by an economic recovery that is gathering pace, rising consumer confidence, low interest rates and wage growth finally beginning to outgrow consumer prices. However, with supply of properties being slow to respond to market conditions, stronger demand in the past year has resulted in upward pressure on house prices."

“Today’s Halifax numbers for April reported the second consecutive monthly fall in house prices. This caused the annual rate on the Halifax measure to slow modestly to 8.5%. That said, we do not think this slowdown will necessarily be long-lasting. April’s latest survey from the Royal Institute of Chartered Surveyors pointed to a fall in the supply of homes for sale, with new sales instructions dropping for the fourth month in a row. Despite the new buyer enquiry balance in the same survey also easing in April, it remained positive, with the gap between the number of buyers and sellers unchanged.

“So growing demand and falling supply points to house prices continuing to rise at a strong rate. This is consistent with what surveyors are expecting – a net balance of 48% of surveyors expect prices to rise over the next three months. But, price expectations in London appear to be moderating – the balance of 49% was the lowest in almost a year.” 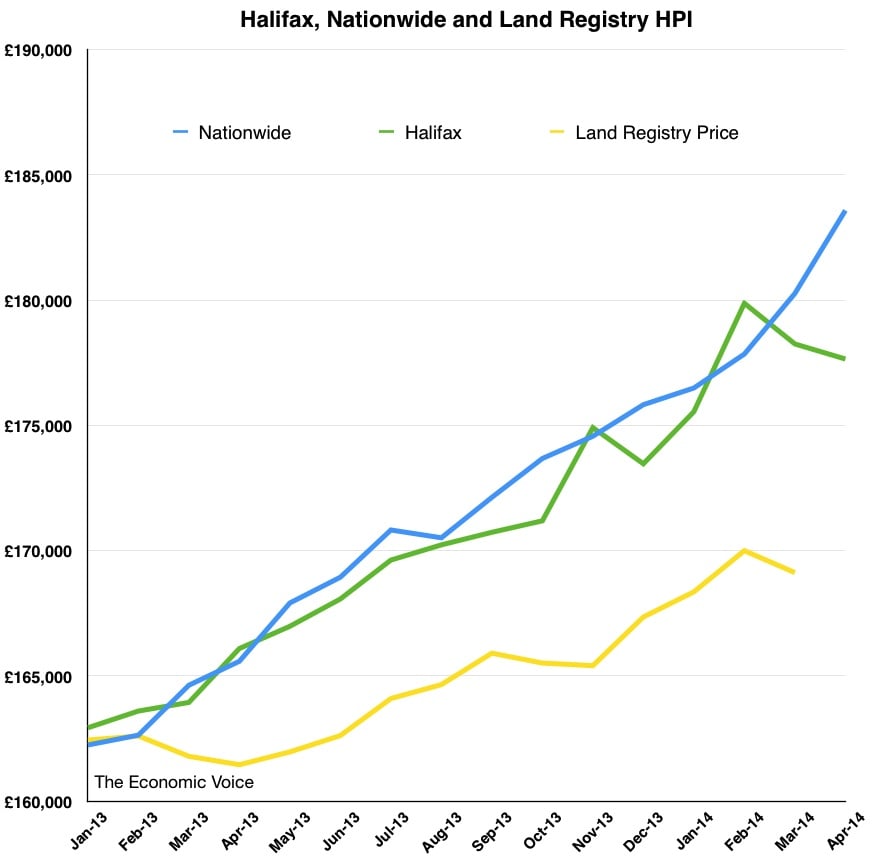