The Halifax reports that average house prices are up by 8.7 percent on a year on year basis and have increased by 2.3 percent on a quarterly basis. There has though been a drop in prices of 1.1 percent between February and march.

The average house price now stands at £178,249 according to Halifax.

The monthly house price drop was the third to have occurred in the last fifteen months said the lender, which compares favourably with the previous fifteen moths when monthly prices dropped on eight occasions.

House sale numbers continued their upward trend but the leading indicator of mortgage approvals eased meaning that there is a potential for easing sales in the near future.

There will though still be upward pressure on prices due to the lack of supply as new instructions continue their decline from late 2013.

"The recent strengthening in house price is increasing the amount of equity that many homeowners have in their home. This will potentially encourage and enable more owners to put their property on the market for sale over the coming year, therefore boosting supply and easing pressure on prices."

“Despite a blip over the past month, quarterly and annual house prices rises underscore the momentous growth we’ve seen over the past year and first few months of 2014.

“A rise of 8.7% from the same three months last year highlights the current fortunes of the property market. While the increase of home sales for the 10th successive month not only points to the increased confidence of buyers – galvanised by an ever improving economic picture – but also growing fluidity and mobility across the market, in part down to Help to Buy facilitating vast numbers to take their first steps onto the property ladder.

“However, building upon and sustaining momentum remains a key question and will be a true test of the next phase of recovery this year. The Chancellor has already unlocked funding for new housing projects, but it is vital that these move from rhetoric to reality – creating the much needed supply to meet the demand from aspiring homeowners.”

The graphs below show how, despite this latest monthly downward data from the Halifax, the general trend for house prices since early 2013 has been upward. Also note that the Land Registry prices (Which include cash sales) are now lagging the mortgage lender's prices by about 5 percent. 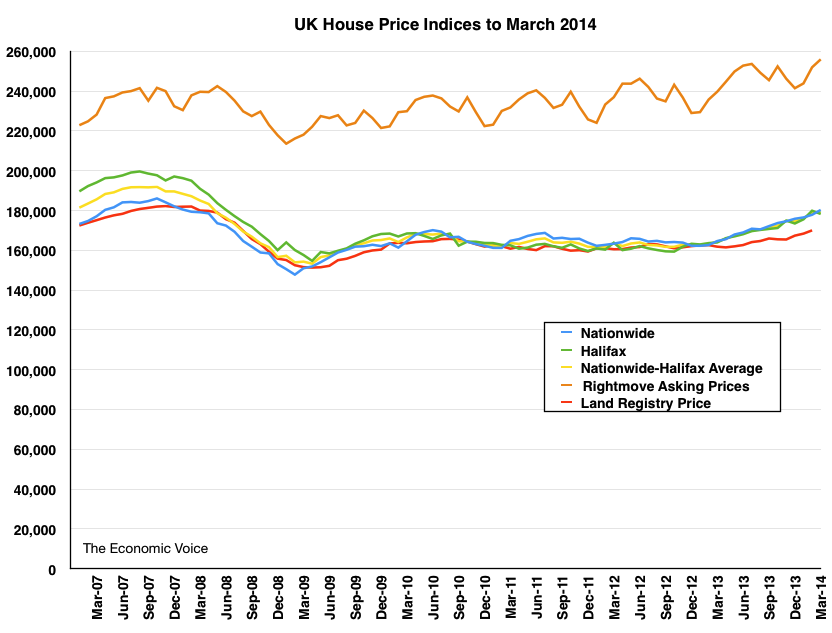 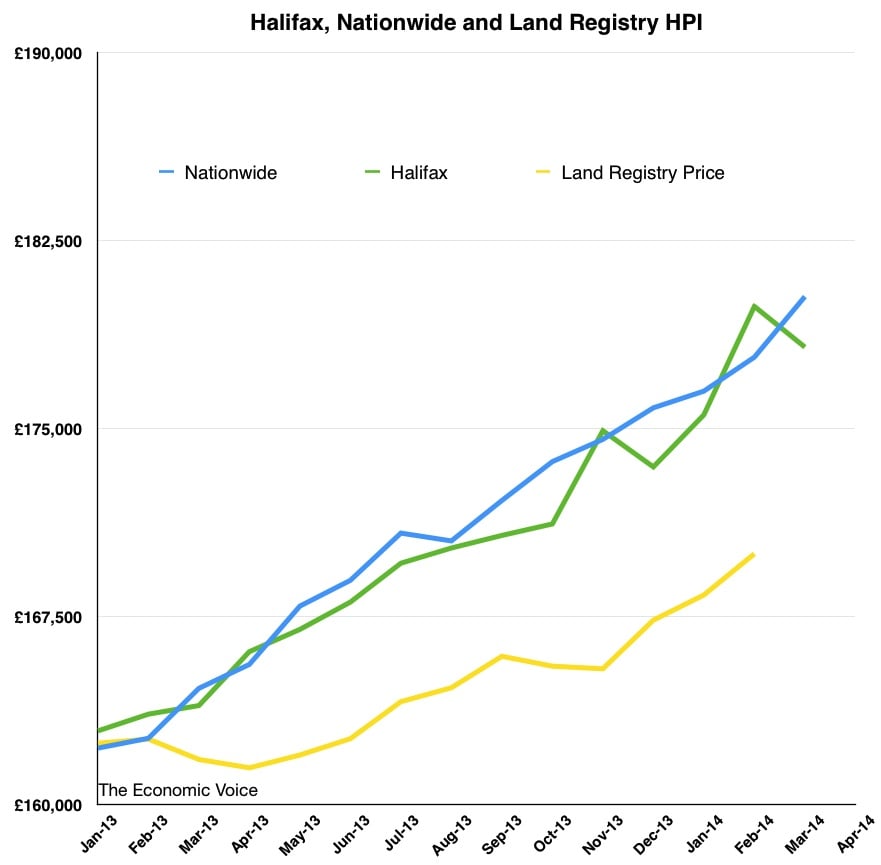