The latest house price index from the halifax puts the price of an average house at £187,188, which is  an increase of 9.6 percent over the last year when comparing the three months to September in both years.

It also represents a quarterly increase of 2.7 percent but, compared to recent trends, only a modest rise of 0.6 percent over the month.

This very recent slowdown can be seen in the house price graph below, where the price increases experienced by the main lenders, Halifax and Nationwide, appear to be moderating. 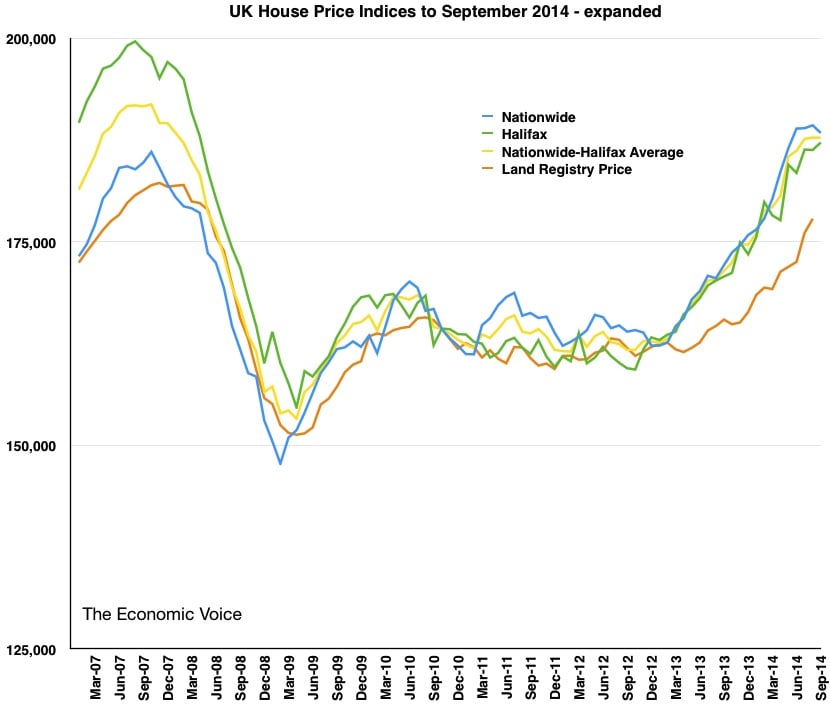 "The recent rapid rise in house prices in some parts of the UK, earnings growth that remains below consumer price inflation and the possibility of an interest rate rise over the coming months, appear to have tempered housing demand. This weakening in demand has led to a modest easing in both house price growth and sales.

“Annual house price inflation may have peaked around 10%. A moderation in growth looks likely during the remainder of 2014 and into next year as supply and demand become increasingly better balanced."

The general election is now officially over