The Land Registry reports that the price of an average house in England and Wales in February was Â£161,588, which is an increase of 0.1% on January.

But when viewed on an annual basis this represented a fall of 0.6%.

Since 2007 the average annual change in property prices has fluctuated wildly (for an illiquid asset) from nearly 10% increases in mid 2007 to minus 15% in early 2009 back to about 8% in early to mid 2010 and then, after a fall back to minus 3-4% late last year is now approaching the zero mark.

But throughout this the actual prices themselves have been well and truly flattening out as you can see from this graph. 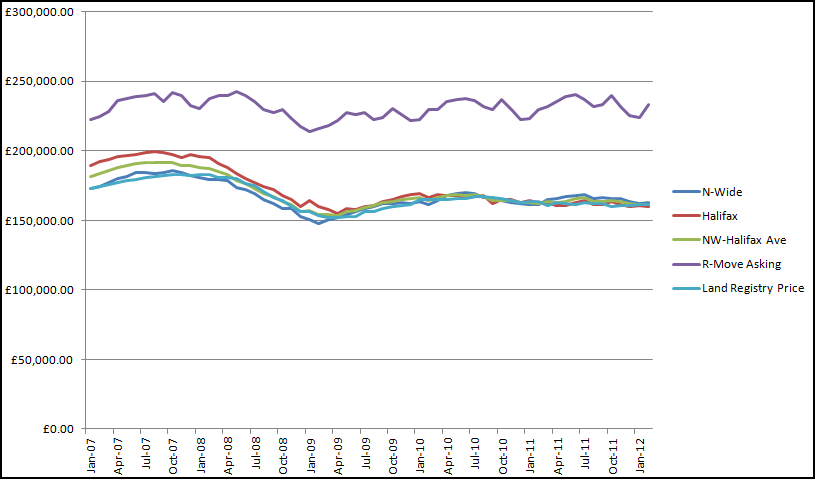 Even when looking at the exploded view of what the different house price indexes are showing you get the same picture. 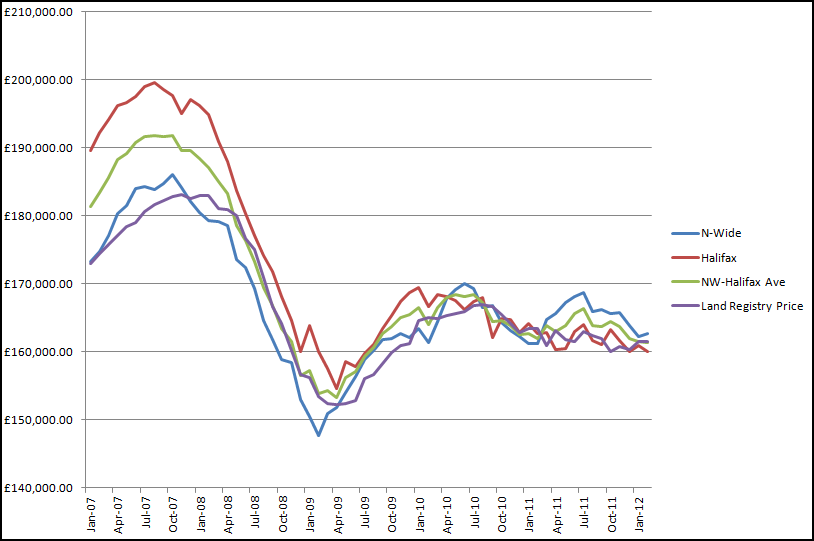 Then when you compare asking prices (we use Rightmove as they claim to have over 90% of them) to prices achieved at the Land Registry you can see from the next graph that sellers and their agents are still tending to ask ever more for the properties than they are worth to the buyers who actually part with their money for them. So, although the Land Registry average rose 0.1% in February, Rightmove asking prices rose by 3.1%. In January 2007 sellers were asking about 1.3 times more than they would actually get and this has increased to nearly 1.45 times (for the fourth time) by February 2012. 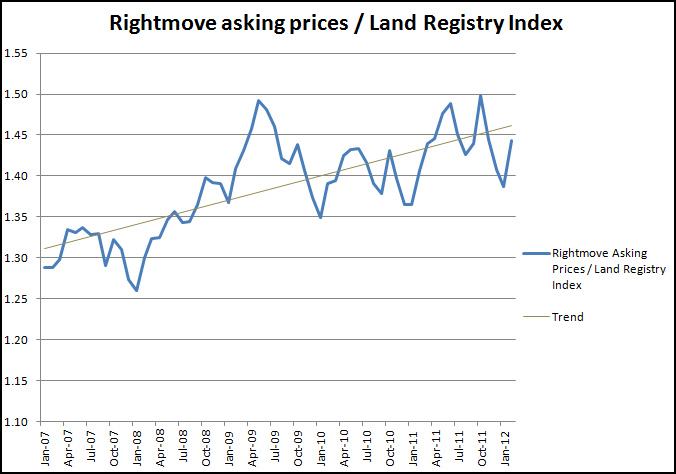 When looking at property types across England and Wales we see that flats and maisonettes have held up better than the other property types:

When looking at the capital in isolation, London saw house prices rise yet again month on month, this time by 1.4% with the greatest annual rise in house prices of all the regions of 4.2%. The South East saw rises of 1.1% and the South West rises of 0.1%. All other regions saw falling average house prices.