2014 saw the number of house purchase approved loans rise by 11%, compared to 2013 as the market returned to pre-recession levels of activity, despite the introduction of stricter lending criteria under MMR. First-time buyers also experienced an increase in lending, with the number of approved loans rising by 15% from 2013 despite rising house prices as schemes such as Help to Buy played their part.

The belief that there will be no imminent interest rate rise has given lenders an additional confidence boost in 2015 and should encourage further appetite for mortgage lending to keep the momentum going throughout the year.

However, it is not all good news for aspirational buyers who still face rising house prices – albeit at a slower pace than before. The latest ONS figures show a rise of 9.8% in the year to December, with London still acting as the driving force in the property market. 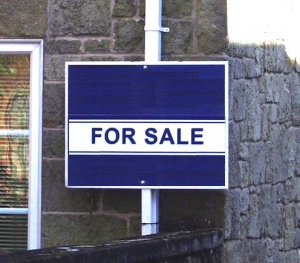 Remortgaging activity remains lower than 2013 – down by 6%, despite the abundance of attractive rates on offer. This fall could be attributed to a combination of factors: the tougher criteria of MMR and the public perception of this along with expectations for a lingering low interest rate. For the many families still feeling the pinch now could offer the time to improve your rate and free up cash to ease these pressures.

Overall, the latest figures present a mixed-picture for the market with good levels of activity but still a number of challenges to overcome to ensure that it keeps moving forward. It awaits to be seen what approaches and policies are considered in the lead up to the election, for which housing will be a key battleground. May is likely to highlight a time of uncertainty for the property market but it is not unrealistic to retain optimism for the year ahead.

Greek woes and Chinese slowdown bears down on markets