Looking back over data from the last eight years you get the feeling that sellers and estate agents are either optimistic or foolish.

With talk of mortgage lending under pressure, job insecurity, wage freezes and a general economic malaise many had predicted that house prices would now be sliding inexorably toward oblivion.

But a quick look at the Halifax and Nationwide house price indices seems to belie that position.

There is also the matter of Rightmove asking prices that also seem to be stubbornly defying gravity.

Series one in this graph shows the upward trend in asking prices recorded by Rightmove over the last few years with only a glitch and slowdown experienced after the credit crunch started in earnest. 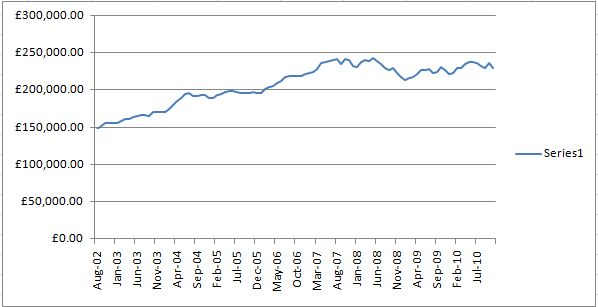 So, even after what is seen as the worst financial crisis in decades that would normally see the end of the house price matket people are still asking high prices.

There is also no comfort for house price crashers in what Nationwide and Halifax are seeing on the ground as this next graph demonstrates. 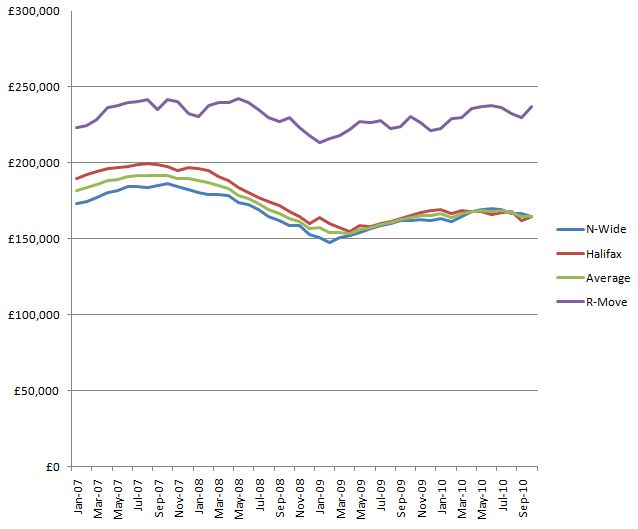 The bounce back the market experienced in early 2009 has now been followed by a period of relative stability. Although the very latest trend looks to be negative it doesn't seem to be showing the signs of impending doom.

Now I know that transactions are at historically low levels, but while there are sufficient people with the wherewithal to pay who are prepared to take up what slack there is in the market then this will be the result.

What is interesting though is the optimism factor that still seems to be around in the minds of sellers and estate agents. I say this not because they are all trumpeting bullish sentiment, but because of the disparity between asking prices and what they really end up going for. The next graph shows the percentage that Rightmove asking prices are above the Halifax / Nationwide average. 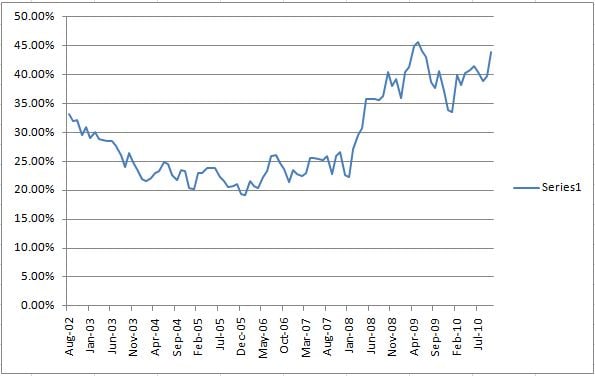 Until there are more and more forced sellers introduced into the market then we may well see a slow steady decline over the next decade with a few bumps up and down as in the second graph above.

What could cause forced sellers? A large increase in unemployment or just a couple of percentage points increase in the bank rates. Then all bets are off.

But what does seem evident is that the market will stay gummed up for some time unless agents, sellers and buyers look at other means of achieving their aims such as the use of lease options.

A Coordinated Property Crash…The Only Hope For Estate Agents

Private landlords are now more positive about the future