New analysis published today (Thursday) by the TUC finds that the official growth forecasts based on George Osborne’s economic plans are dependent on household debt growing much faster than pay.

If the forecasts are met, total UK household debt in 2019 will be 182 per cent of household income. This is significantly above the previous all-time high of 167 per cent immediately before the 2008 crash.

But if households are unwilling to take on so much extra debt, then economic growth is likely to be lower than forecast. 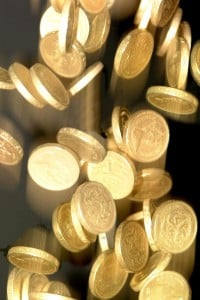 “The Chancellor seems to be hoping for a do-it-yourself recovery, where families run their own deficits and stoke-up their own debt. An average household debt of £29,000 is an awful lot of payday loans, credit card debts and bank overdrafts.

“This is exactly what happened before the last crash, and why we had to bail out banks full of bad debt. If interest rates rise, then many households will be in immediate difficulty.

“In a healthy economy, workers’ wages grow faster than their debts . What we really need is a wages-led recovery, not a debt-fuelled bubble. If this Chancellor continues he will be doing the exact opposite of what we need – his huge cuts to vital services will slow the economy while he encourages families to spend money they don’t have instead. It’s not so much a long-term plan as a dodgy flat-pack self-assembly recovery.”

For Some Flood Victims the Pain is Only Just Beginning