Household fuel bills to go down, but at whose cost

Now that David cameron has rolled back the green levies on household energy bills the ‘Big Six’ energy companies have said that the expected price rises would be about £50 less than expected.

This may look like a result for the consumer, but at whose cost? Certainly not that of the energy companies as they can still continue charging what they were going to for their products anyway. All that has happened is the exchequer is a bit light on the deal so has scaled back its programme to help the poor with cutting their energy usage.

This has done absolutely nothing to tackle what the government and campaigners say is at the heart of the problem – an energy pricing cartel.

Friends of the Earth have called this caving-in to the Big Six.

Commenting on cuts to the Energy Company Obligation [ECO] and a new package of measures around the Green Deal Sophie Neuburg, Friends of the Earth Energy Campaigner, said:

"The Government has crumbled in response to pressure from the Big Six, leaving the fuel poor and the environment to pick up the bill.

“The effect of all the measures announced today is that funding for energy efficiency has fallen by over £700 million, condemning thousands of people to shiver in heat-leaking homes. 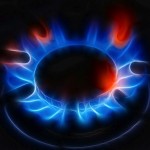 “If Ministers were serious about tackling fuel bills they would introduce a comprehensive energy efficiency programme and take urgent steps to wean our economy off increasingly costly fossil fuels – the real driving force behind rocketing fuel bills.”

Responding to announcements by Big Six energy firms that they will reduce price increases as a result of these new Government proposals Sophie Neuburg went on to say:

"This is a cynical attempt by the big energy firms to fool the public into thinking that recent price hikes were caused by social and environmental programmes, rather than rocketing gas prices and their own soaring profits.

"Energy efficiency is not in the Big Six's business interests, as it reduces the amount of fuel their customers have to buy from them. Cutting ECO will mean cash-strapped households will have to spend more money on gas to stay warm this winter."

"It's about time the Government started getting the cost of energy under control and this will be a welcome step in the right direction for consumers who are struggling with the increased cost of living.

"It is right to refocus the Energy Company Obligation so that it gives greater priority to those most in need of help with lower cost measures such as loft and cavity wall insulation. But in return for more time to get this right, the suppliers must now commit to greater transparency and to getting their costs down, fast.

"We must also see a comprehensive review of the Government's energy efficiency policies in the longer term and wider reform of the market to make it truly competitive."